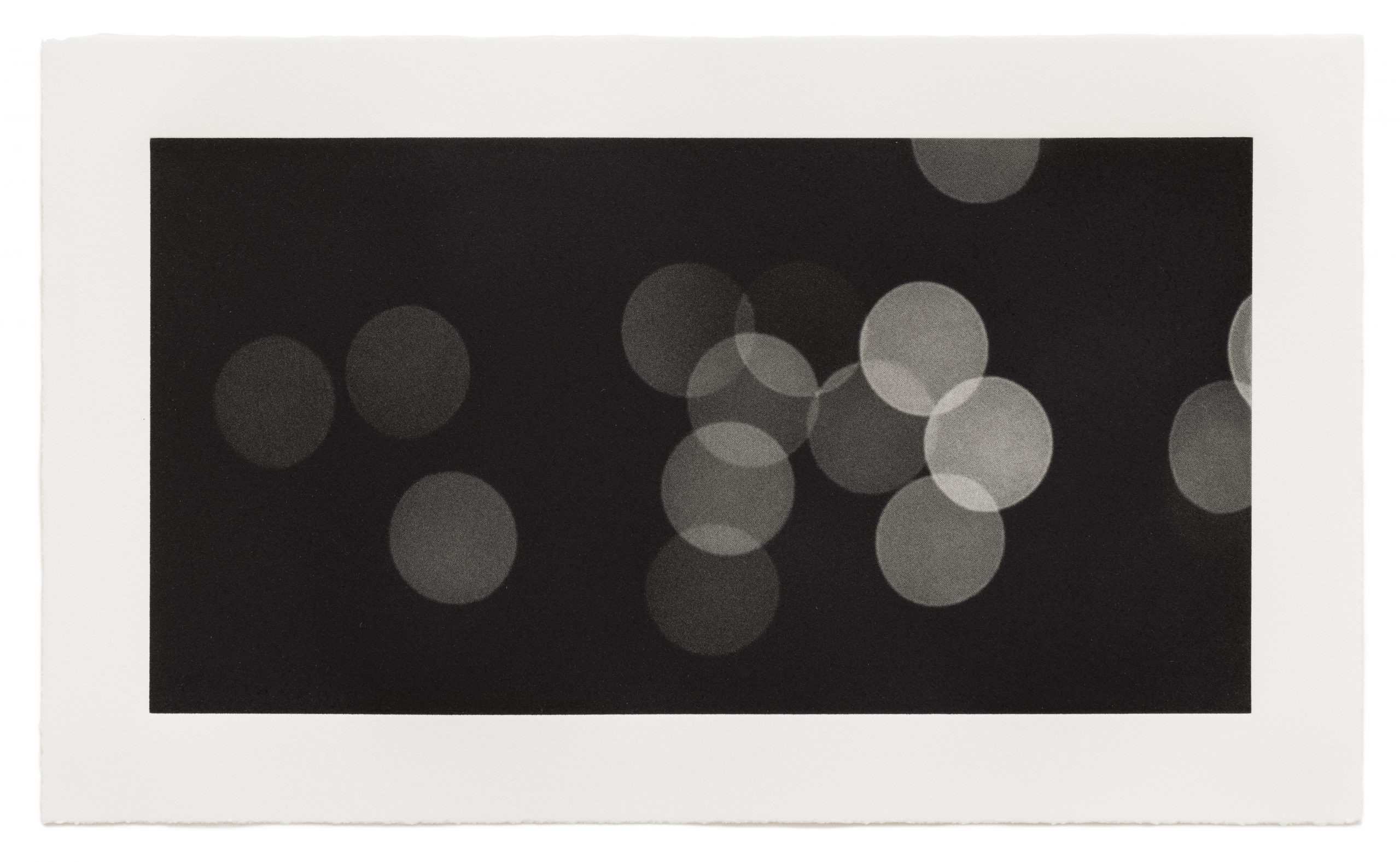 A bolder evocation of the artist’s central theme during her residency, Whispered secrets are a monotone print with its shape being derived from found internet photos of the bokeh effect (the aesthetic quality of a blur produced in out-of-focus parts of an image). Here, the
blurriness quite literally references the dilution and erasure of memory over time.