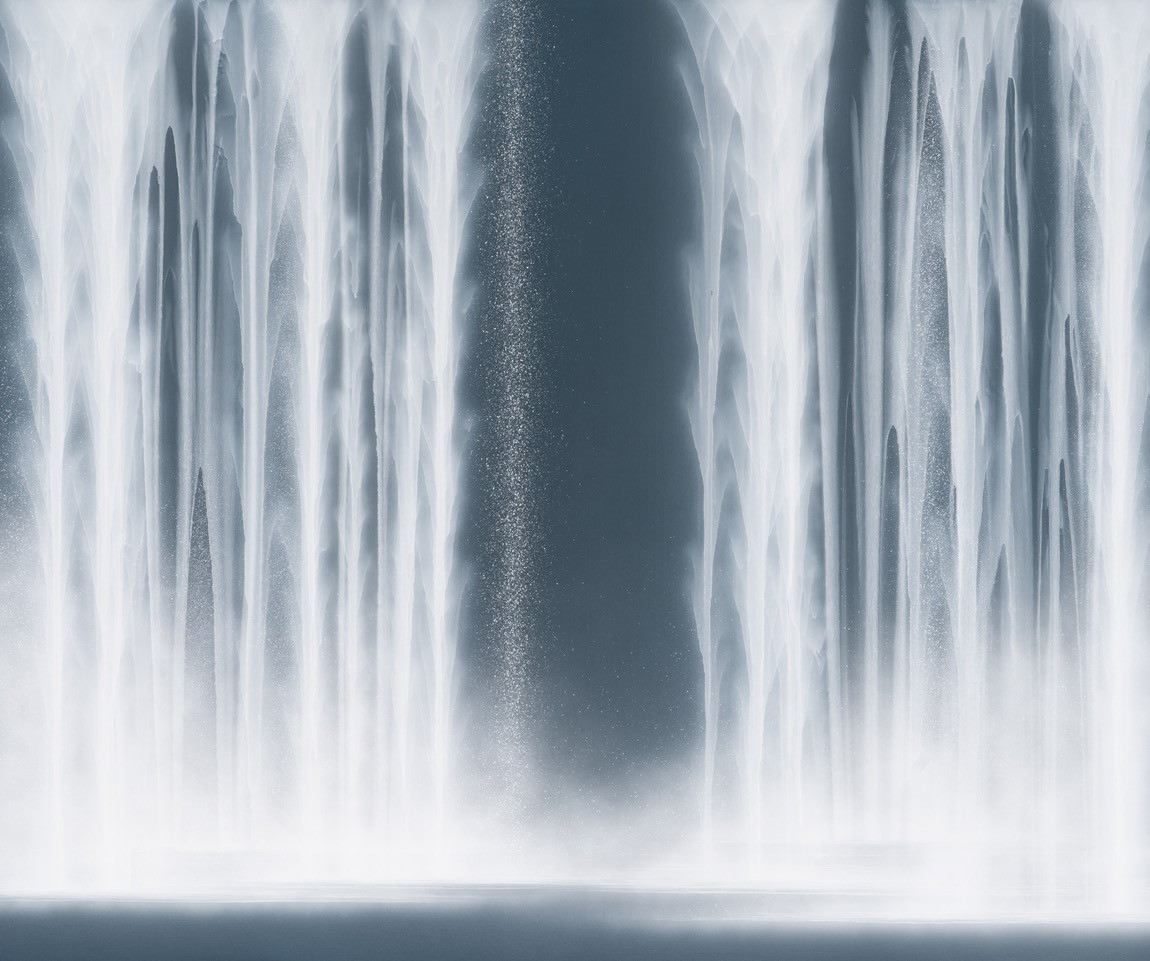 Japanese-born New York-based painter Hiroshi Senju is noted worldwide for his sublime waterfall and cliff images, which are often monumental in scale. He combines a minimalist visual language rooted in Abstract Expressionism with ancient painting techniques unique to Japan. Senju is widely recognized as one of the few contemporary masters of the thousand-year-old nihonga technique, using pigments made from minerals, ground stone, shell and corals suspended in animal-hide glue.

Hiroshi Senju was the first Asian artist to receive an Honorable Mention Award at the Venice Biennale (1995), and has participated in numerous exhibitions including The New Way of Tea, curated by Alexandra Munroe, at the Japan Society and the Asia Society in New York, 2002; Paintings on Fusuma at the Tokyo National Museum, 2003; and Frontiers Reimagined at the Venice Biennale, 2015. He was awarded the Foreign Minister’s Commendation from the Japanese government for contributions to art inn 2017, and in the same year, he was honored with the Isamu Noguchi Award.

The artist’s tmonumental cliff and waterfall paintings for the Kongobuji Temple at Koyasan—a UNESCO World Heritage Site and sacred Buddhist monument—have been on view in major museums throughout Japan over the past year. They will be installed in the temple as fusuma (sliding doors) this fall.

Natural pigments on Japanese mulberry paper mounted on board