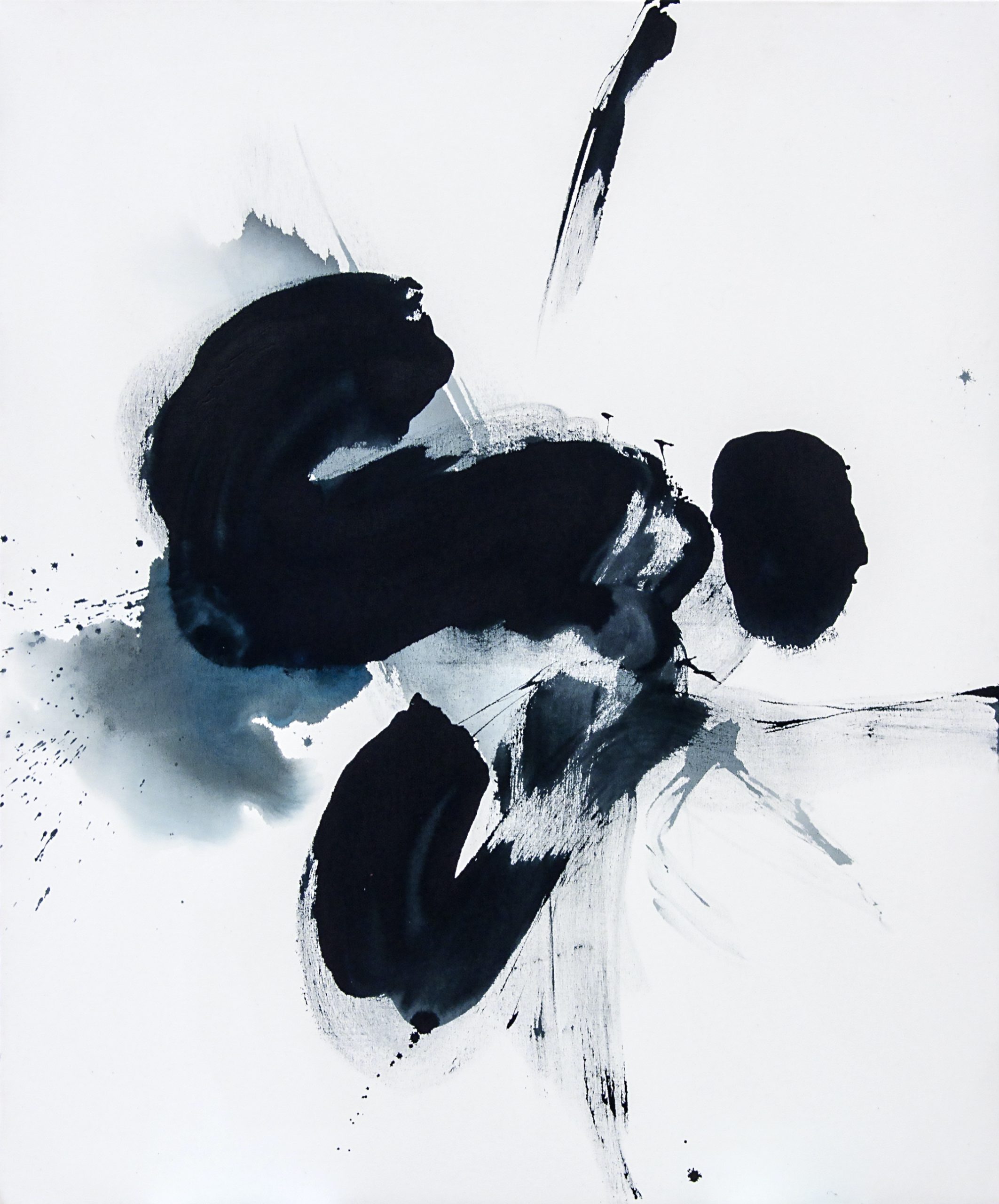 Ideogram Series is a sheer and primal act of creation: Lozano drips and submerses his fingers with paint, then smears and spatially layers the paint on the canvas surface. There is an organic, spontaneous and free flow to it that few other types of paintings can achieve. Rational thought takes a backseat to emotion and impulse, and the composition is fragile and delicate. Lozano first produced the ideogram series in a digital technique around 2010. He dipped his fingers in ink, then made marks on paper, scanning the strokes into a computer generated image, enlarging them into large formats, then printed the creations onto canvas. His new Ideogram Series (2020), is created directly on the canvas with a custom glove made to emulate a human finger. It has the same immediacy and expressiveness as the original finger soaked in ink. The same jagged strokes and organic intricacy has been achieved and creates a beautiful a serene balance. This new body, unlike his previous series are one of a kind original acrylic on canvas and each glove is discarded on completion.

Columbian based painter and sculptor Santiago Lozano centers his work around the themes of imperfection and collapse. He explores these themes through the seize of damage in otherwise perfect geometries, capturing the ephemerality of collapse in rigid materials and structures, or highlights and creates compositions around fallacies found in the creation of the artwork.

In that search, no single technique, practice or material is all enveloping. Lozano’s practice is a fervent quest to capture transience and arrest moments of collapse. Lozano’s process is a search for flaws, quirks, foibles. Thus, every artwork is a record of that exploration.

There is a desirability attached to perfection. Whether of form or function, perfection is sought and held to high esteem. The utopic and eternal search for perfection, while laudable, is illogical given that perfection can never truly exist. It is the defects, the quirks and the endeavors of failing that encompasses the human experience. He has focused his work on these aspects, bringing them to the forefront, in order to give these fleeting moments value.

Since 2004 - after living in South America, New York, Europe and Africa - he focuses on artistic production heavily influenced and supported by new pictorial and sculptural media. He has shown his work in diverse solo and collective shows in Spain, Mexico, Japan, and Columbia. His work has been reviewed in Various Colombian and Latin American art publications.