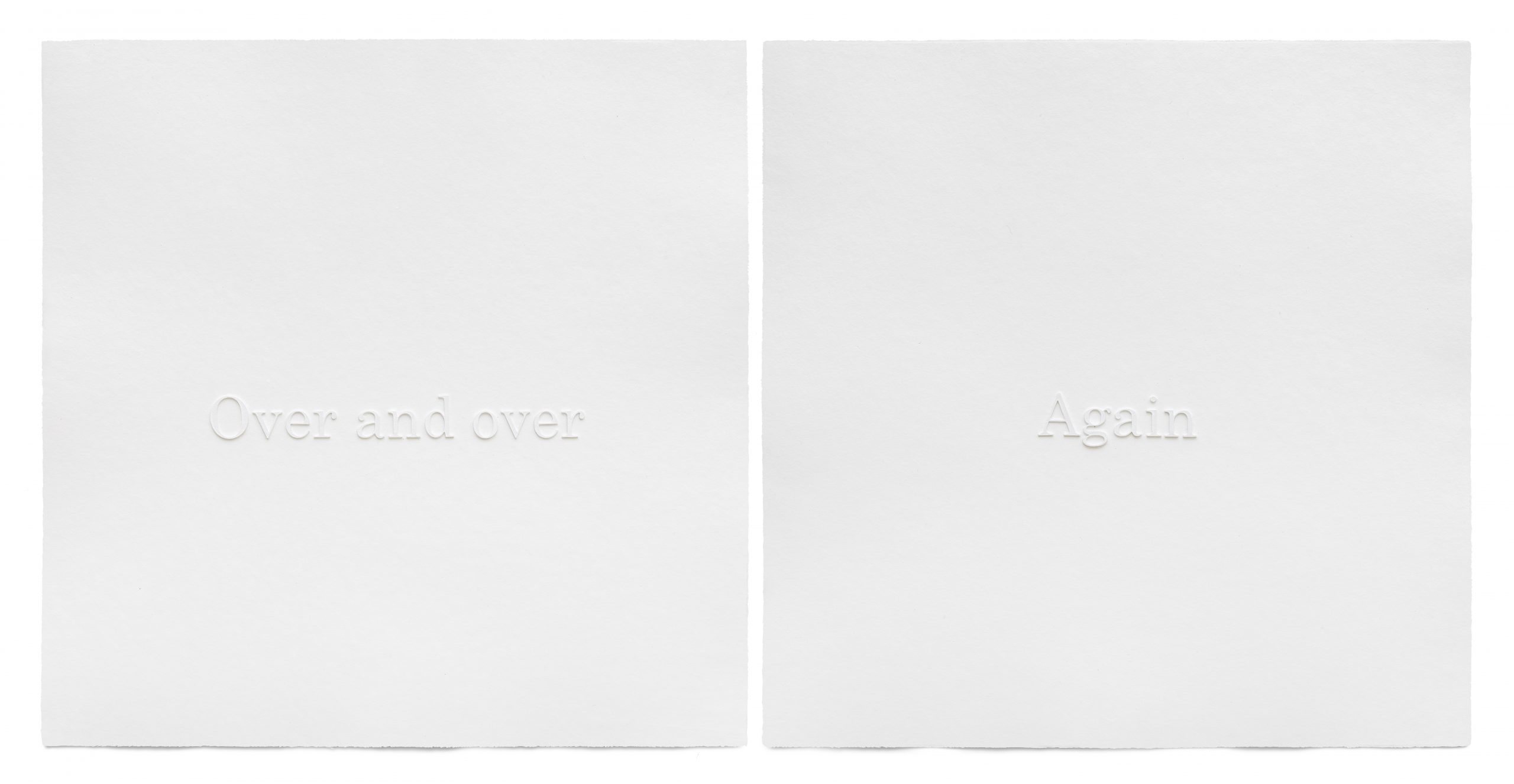 Time is a flat circle (I)

Time is a flat circle incorporates two words/phrases on separate sheets, “Again” and “Over and Over”, in various formations across the three diptych works. The effect is as if the words are slowly shifting, or perhaps our memories playing a trick on us in how we misremember the position of the words. This quiet yet evocative series thus powerfully conjures up notions of forgetting and remembering.