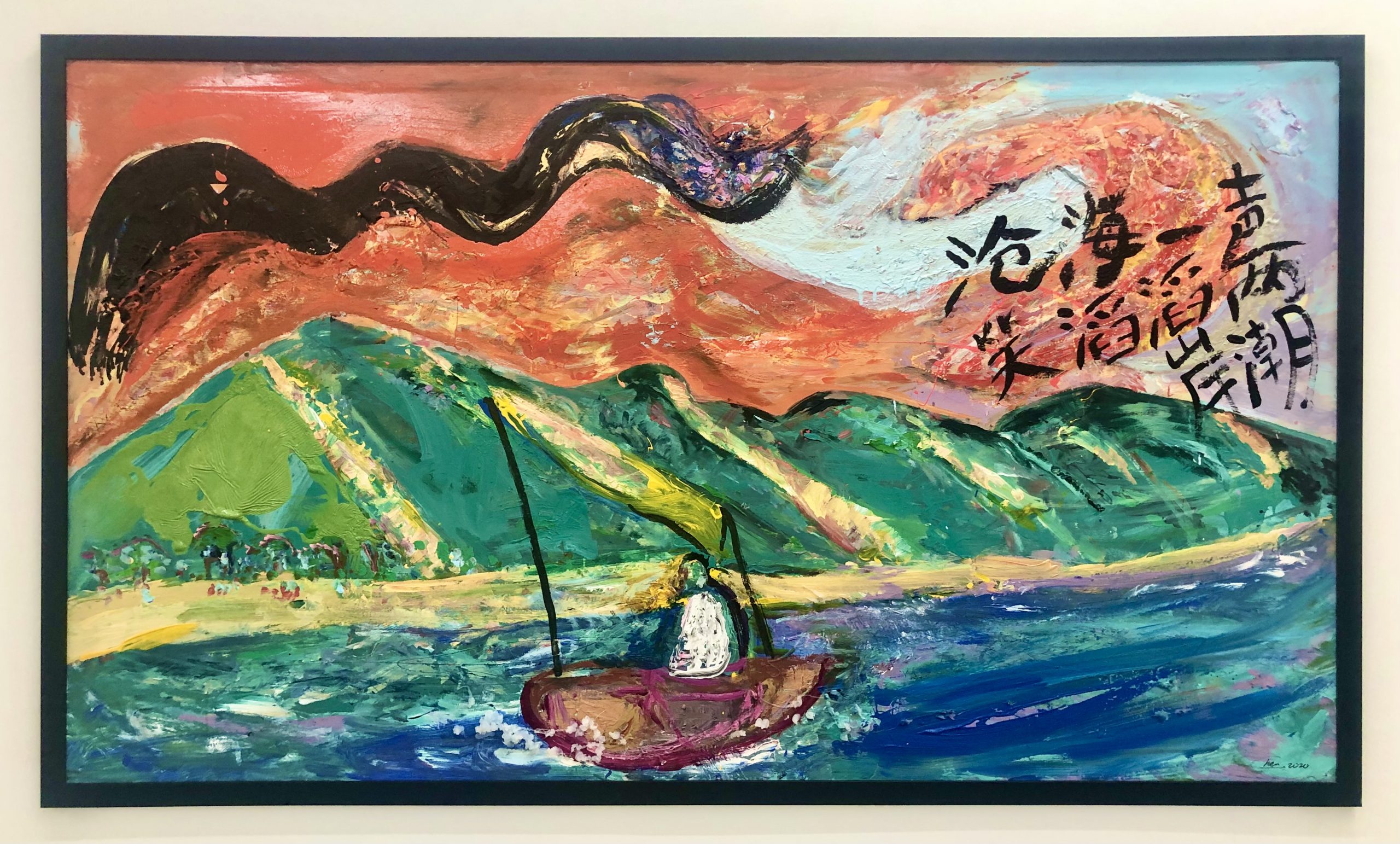 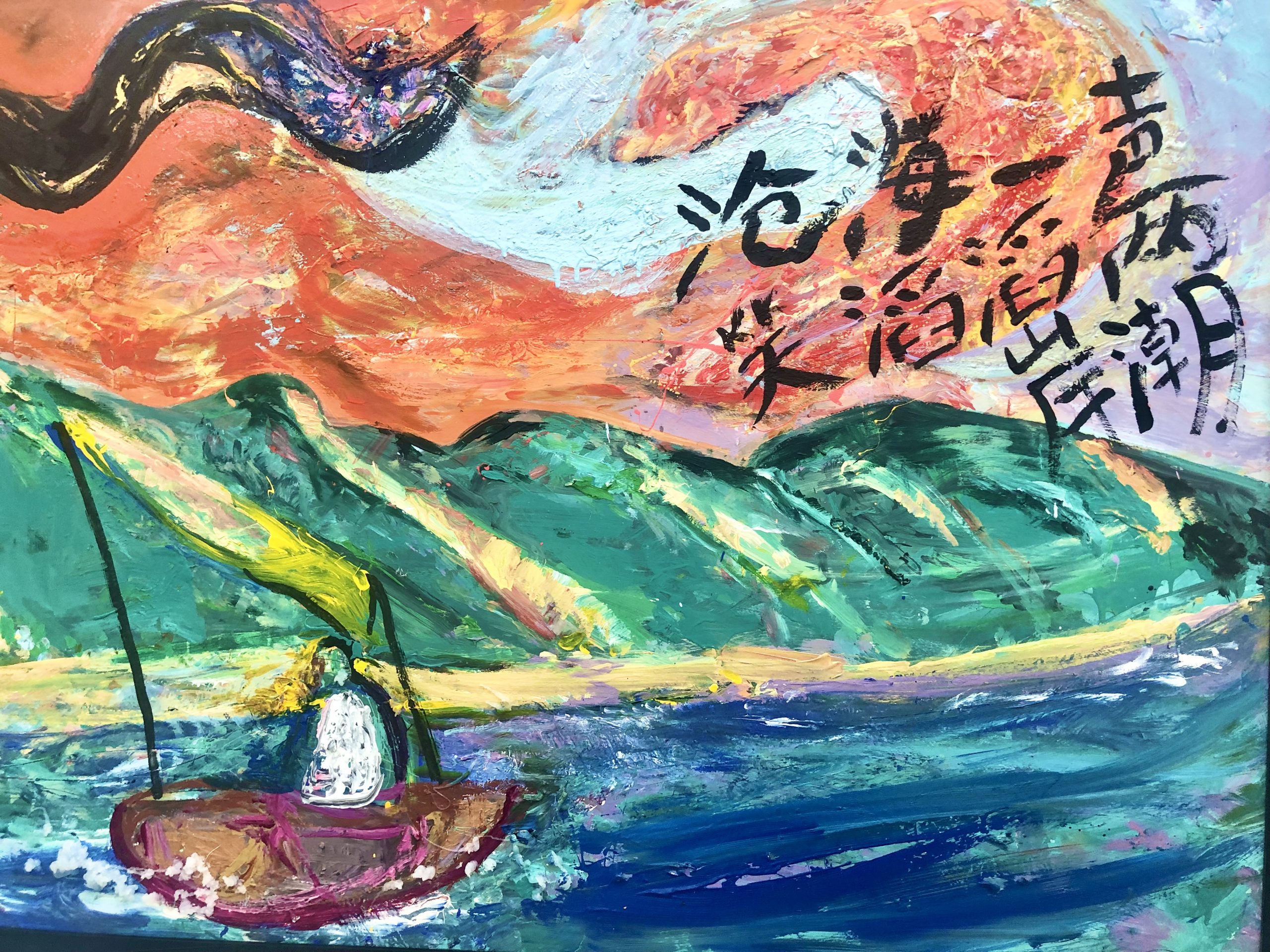 The Sun and The Moon

Yi Quan also draws inspiration from politically meaningful art around the world and pursues a style of painting which is abstract, experimental, and at times evocative of the ever-elusive bond between man and nature, body and spirit, the city and the forest. “The formation of mountains precedes the oldest civilizations – one is by the will of God, one by the will of man”, is the theme to another of his work, The Sun and the Moon. Here man becomes one with the mountain, vibrant colours with very free strokes, simplified subject matters and an emphasis on the movement of water and paints texture, is foreground by a solitary figure sits on his raft. The brilliant red and orange sky above is punctuated by the broad strokes of seemingly incompatible black and white clouds. The result is a dynamic mix of movement and rhythm in the painting; this shows that he is at the point of experimentation.

Chen Yi Quan (b. 1982, Singapore) is a self-taught painter. Yi Quan obtained a degree in psychology from the National University of Singapore and is of Teochew-Hakka descent. His interest in painting was first piqued by the Nanyang style painters; the Balinese Barong, by Singaporean artist, Cheong Soo Pieng. This led to a further exploration of the works of European painters such as Gauguin, Cezanne, and Chagall, as well as the cubist tradition. Well situated in an environment that represents a meeting point between China and Western thought, in terms of language and culture in general, he began a careful study of the classical Chinese painters through to the modern masters. This eye on the hybridisation of forms, pluralism, and the pursuit of relatability with the viewer ultimately showed up in the use of Chinese ink, perhaps functioning as a conduit for his questions on ethnicity, identity, and aesthetics in post-Lee Kuan Yew Singapore