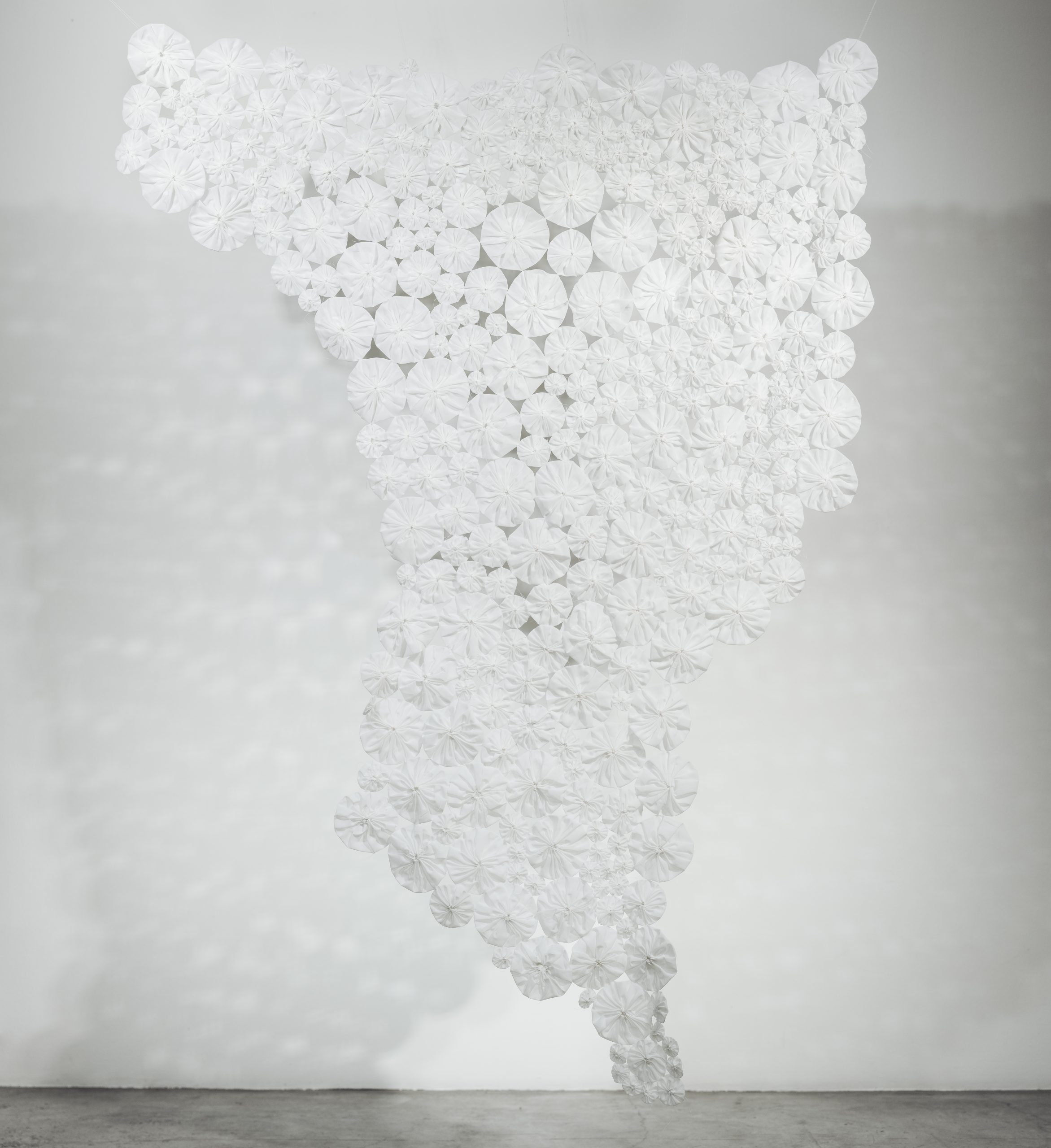 The big and small of things

The rosette shape is inspired by a colourful rosette table runner handstitched by the artist’s mother. The lack of colour is a conscientious decision to focus on form, and also hints at the limits of language in articulating love. Composed of rosettes in various sizes, the holes and porosity among these objects are revealing of the gaps and translucency in the act of
remembering. This repetitive pattern further emphasises the idea of love as being a series of gestures, a laborious activity.