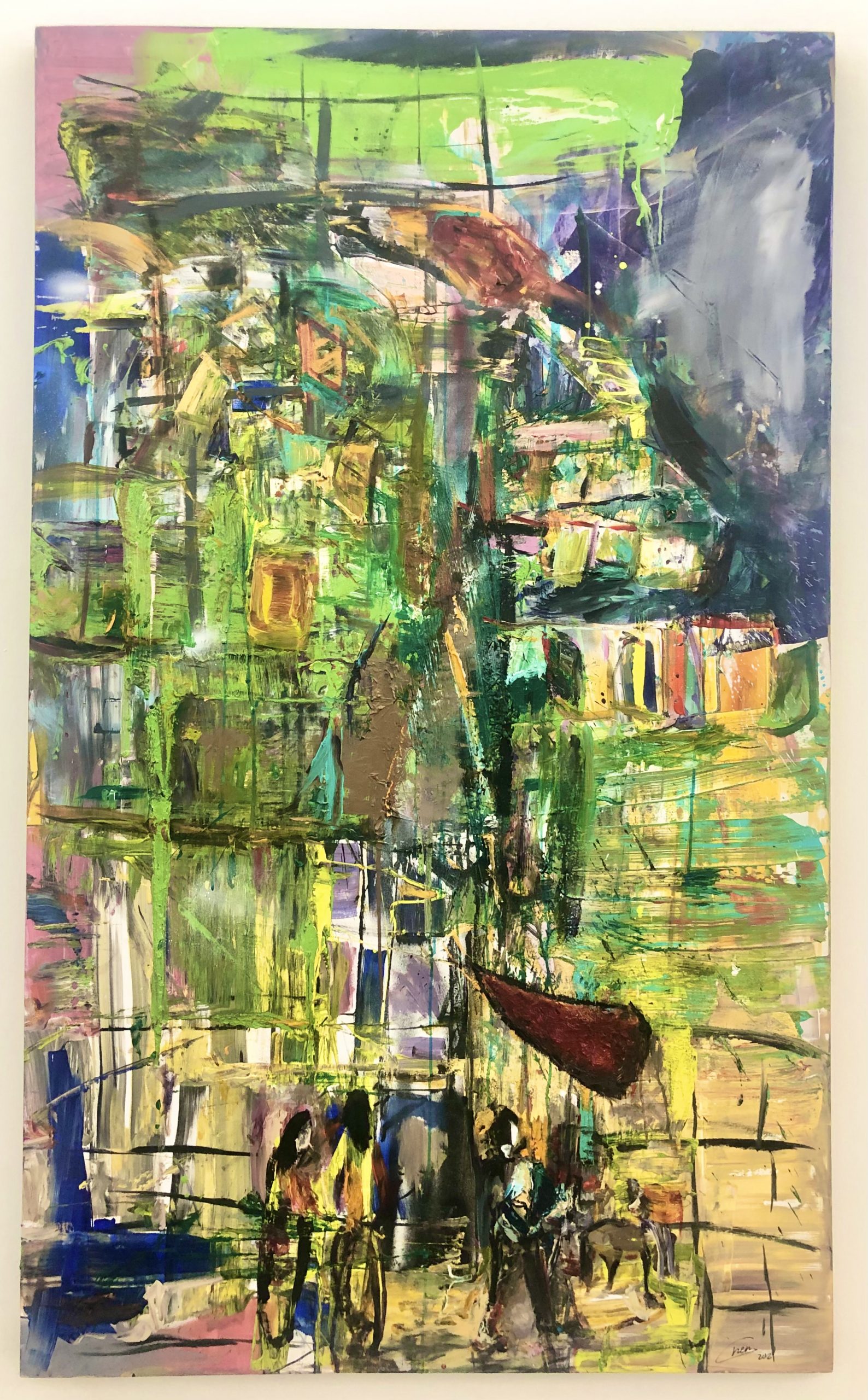 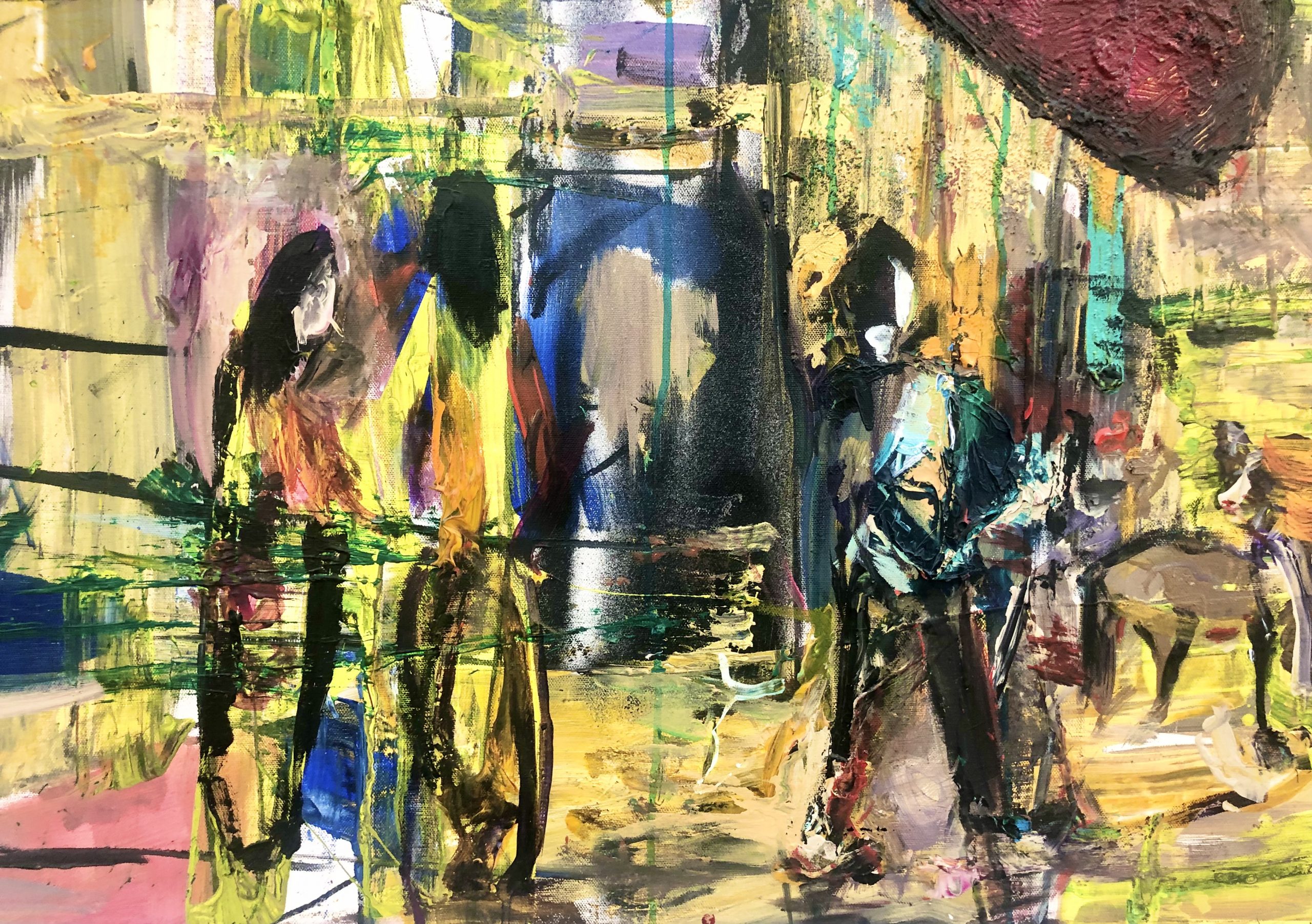 The notion of spirit within a work of art cannot be easily articulated as it can be in the case of normal discourse, since the latter is facilitated with language whereas the former is based entirely on the visual faculty. Yi Quan literary themes artworks often arrive at a point where form becomes formless, the categorical becomes relative, and the east becomes the west, as in this work, Southeast Asia. The painting shows an abstracted street scene; from the outset, one can see hints of activity at the bottom of the image, and one could almost make out rows of laundry being hung out at the side of the façade. What he is trying to do here is to capture the essence and energy of a space, however, not just any space, but one common in Southeast Asia. Compared to conventional painting styles, there is a deliberate stylization of form and detail. Long strokes with brighter colours, like yellow and green, cut across big spaces to suggest buildings or structures. Darker lines and more quick strokes give weight and build more defined shadows. The movement and rhythm in the painting is a reminiscence to the style likened to the master painters like Cheong Soo Pieng and Chua Ek Kay.

Chen Yi Quan (b. 1982, Singapore) is a self-taught painter. Yi Quan obtained a degree in psychology from the National University of Singapore and is of Teochew-Hakka descent. His interest in painting was first piqued by the Nanyang style painters; the Balinese Barong, by Singaporean artist, Cheong Soo Pieng. This led to a further exploration of the works of European painters such as Gauguin, Cezanne, and Chagall, as well as the cubist tradition. Well situated in an environment that represents a meeting point between China and Western thought, in terms of language and culture in general, he began a careful study of the classical Chinese painters through to the modern masters. This eye on the hybridisation of forms, pluralism, and the pursuit of relatability with the viewer ultimately showed up in the use of Chinese ink, perhaps functioning as a conduit for his questions on ethnicity, identity, and aesthetics in post-Lee Kuan Yew Singapore.