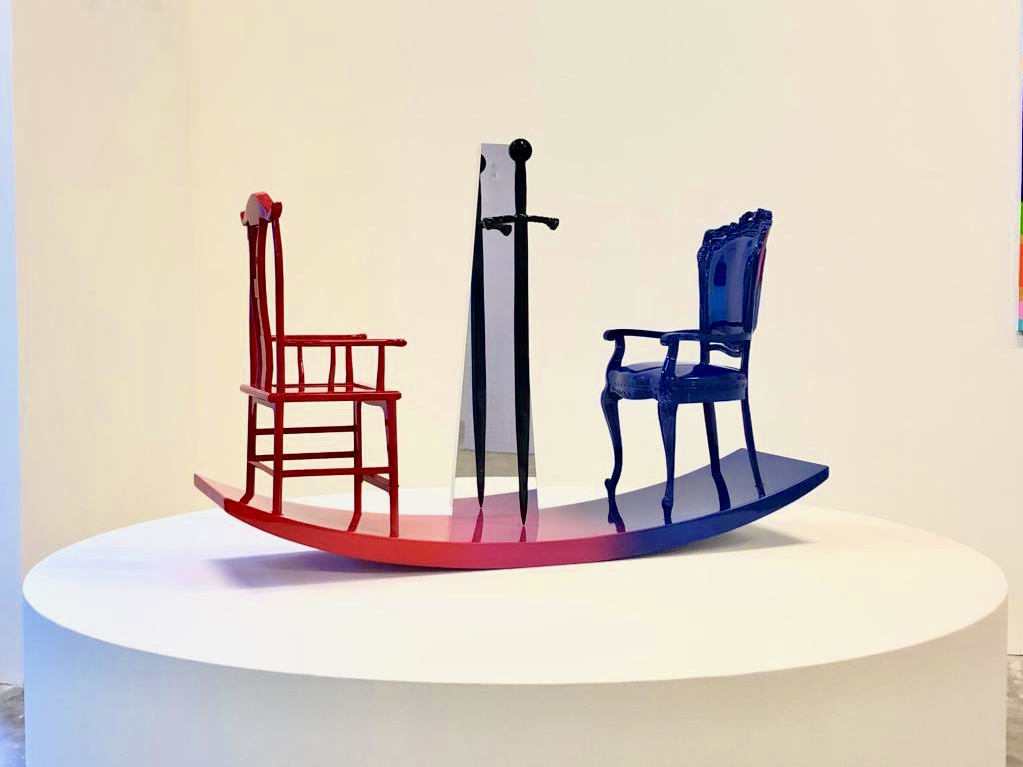 When things reach balance, it is the perfect moment, but the most perfect is often the most easily broken and vulnerable. Moreover, after breaking, there is confrontation. Conflict and the game will occur when the world is in binary opposition. Due to the role of inertia, one party will always be injured or hurt each other. Only when the balance is reached again will the injury stop. The “Sword of Damocles” hanging in the middle will eventually give fair approval and punishment for imbalance. Looking at the world’s current situation, the whole world is rapidly unbalanced, especially the geopolitical situation between the two superpowers. Elsewhere, from regional conflicts, economic and trade wars, energy problems, ethnic and cultural struggles to the earth’s environment, and climate change, it is all caused by imbalance. The reason is still because of human problems! Only tolerance, harmony, and equality can make the unbalanced balance return to a balanced state! Finding a balance between rapid development and sustainable development is worthy of our attention and thinking.

Leo Liu Xuanqi (1977) is a Chinese contemporary artist currently residing in Singapore. A graduate in Art & Design from Shanghai Publishing and Printing College ( The University of Shanghai for Science and Technology ) in 1999. He moved to Singapore in 2006 and left his decade long career as an Art director in design and advertising in 2009 to pursue art full-time. He was awarded Platinum Award at the 31st UOB Singapore Painting of the Year Competition for his artwork “Wandering Cloud”.
Leo's works fuses modern graphics design elements with traditional painting techniques, achieving a sense of contrast in dynamic design versus still realism. His play on dualism and dialectics inspires reflection on the interaction
between tradition and the contemporary, within this rapidly evolving world. He is inspired by history and society at large, often seeking to provoke his audience into thinking about contemporary issues facing humanity and the world around them. In 2009 his work is an ongoing reflection of personal identity embedded within popular culture. In his "Cloud" series, Leo plays with the idea of permanence and the temporal, and explores the tension that arises at the crossroads of rapid globalization. In 2012 he also made an important pivot towards fusing charcoal realism with POP Art paintings to manifest greater freedom in artistic imagination and expression. In 2014 he also begun to explore using contemporary styles to express traditional Chinese ink painting, bringing traditional ink into installation art to achieve an artistic breakthrough in uniqueness and style.
Since 2010, he has held six solo exhibitions and participated in many international art fairs, such as Art Stage Singapore, Art Taipei, Hongkong Art Central, etc. His works are collected by private collectors and public institutions.