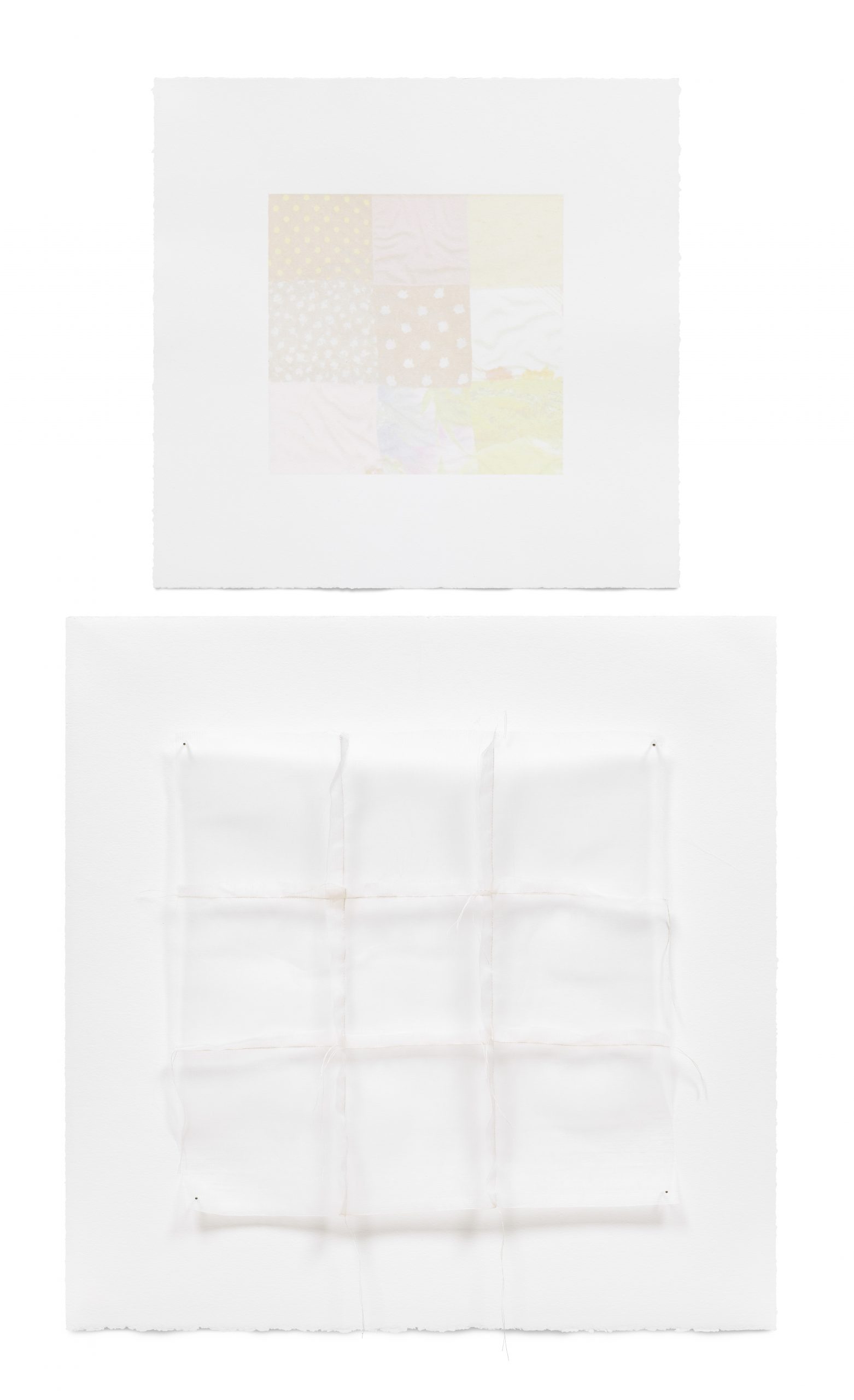 Said the duck to the chicken…

Similar to the One cool evening series, one-half of this diptych borrows its imagery from the artist’s interpretation of the handsewn quilt by her mother. The motif of the faded colours carries forward in this screenprint which bears the absence of the quilt’s materiality. The other half of the diptych presents a patchwork of silk organza; while it is a nuanced recall of the craft sensibilities and material sensitivity which the artist inherited from her mother, it is nevertheless a translucent, liminal canvas devoid of forms. Both halves are suggestive of a layer being lost, be it the “memory” of the material, or the empty “canvas”. In this manner, Said the duck to the chicken… is a potent manifestation of this struggle against forgetting.