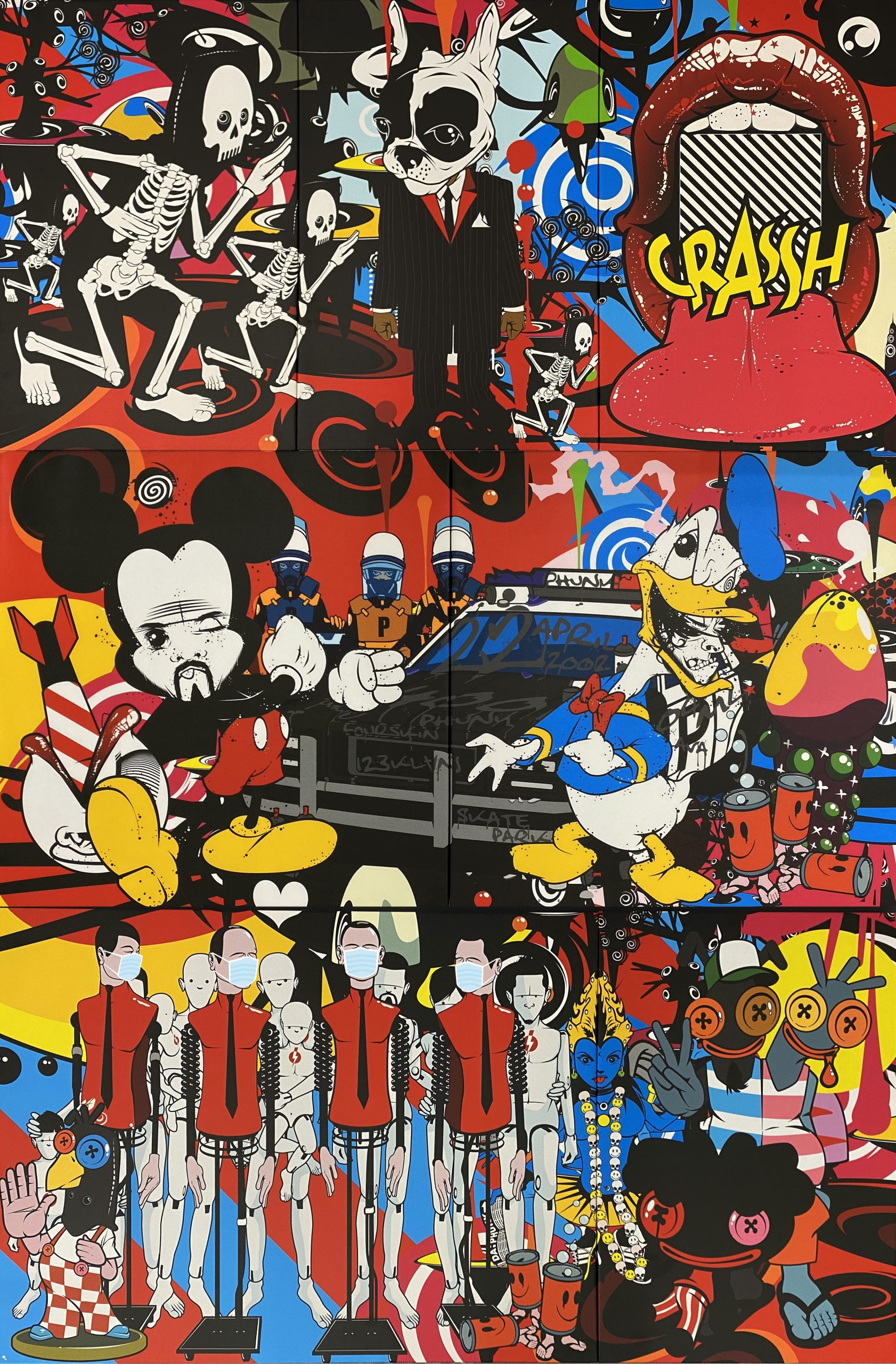 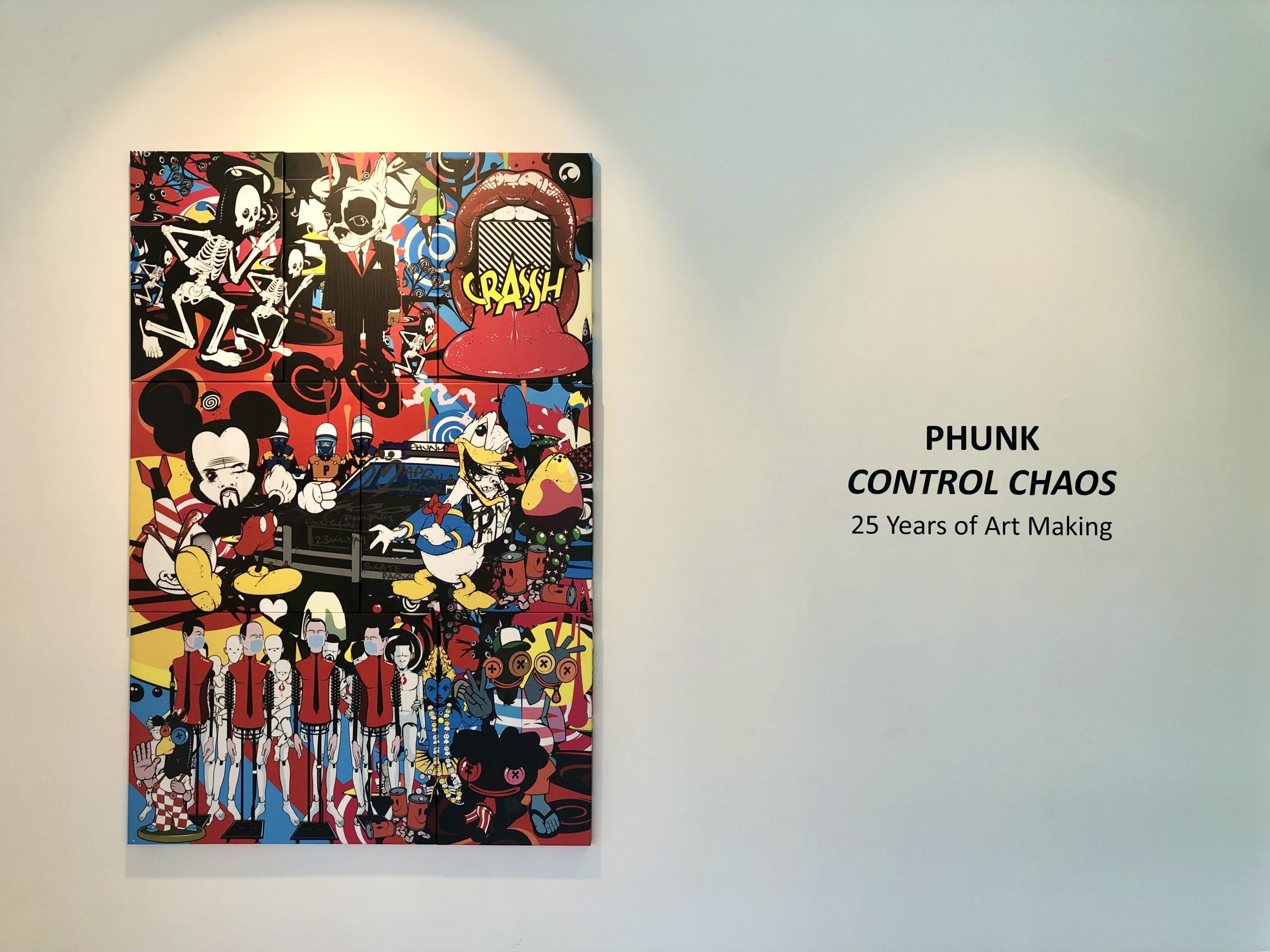 PHUNKED is a seminal work, aims to evoke positive emotions in the current state of the world; disastrously impacted by the Covid-19 pandemic, in a world already filled with uncertainties brought about by technological disruptions, climate change, social inequality, political injustice, racism, the rise of social media, fake news, etc.
Also featured PHUNK’s first and only graffiti public work at Singapore Skatepark on 22 April 2002 with French artist, 123KLAN and the riot police artwork was part of it.