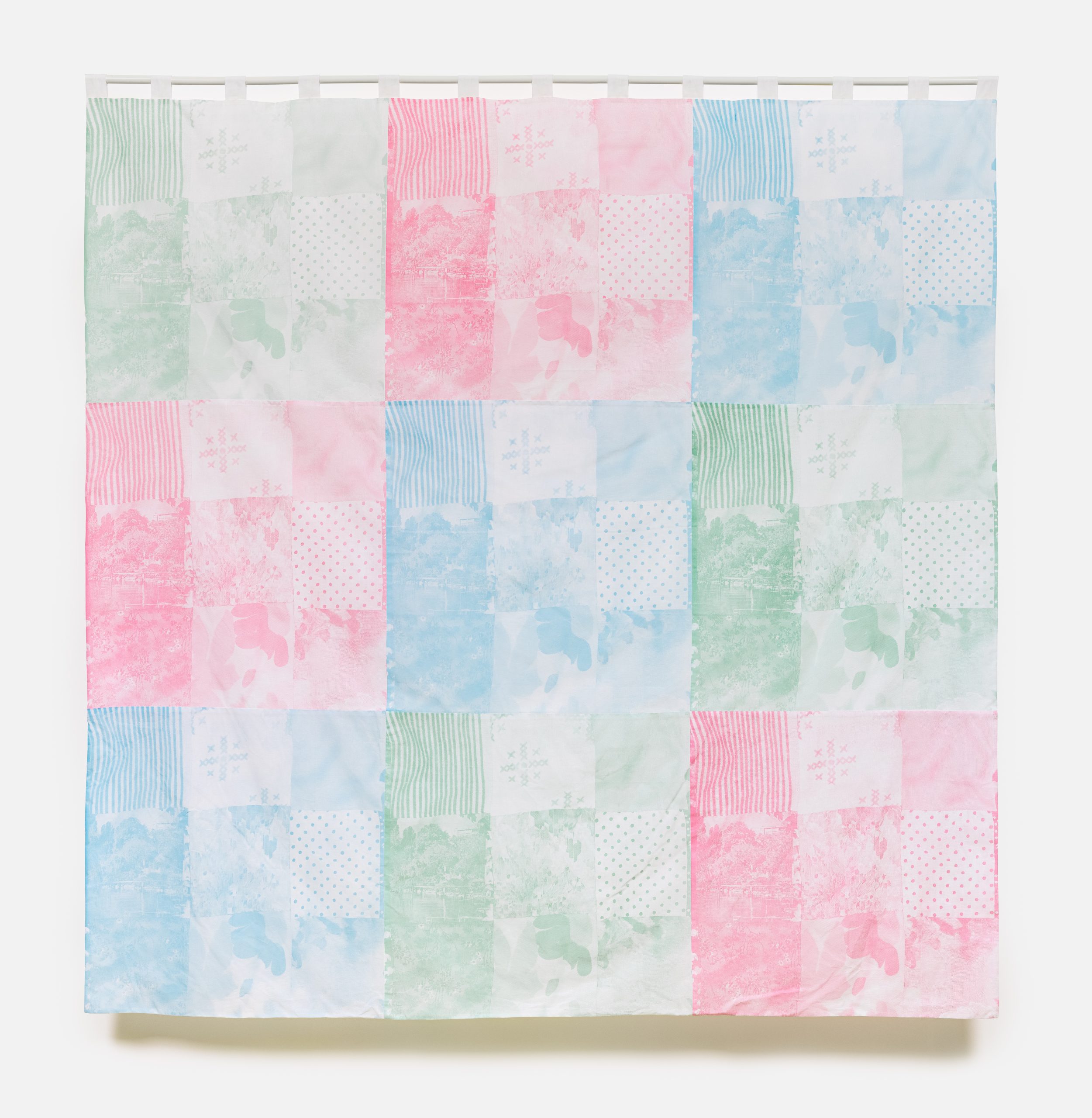 One cool evening (I)

These screenprinted pieces of fabric, sewn together to create a patchwork, are an interpretation of the hand-sewn quilt by the artist’s mother. The faded colours recall the Marcel Proust quote (“The translucent alabaster of our memories”), while at the same time, are inspired by the key colours that Kueh remembers from her childhood. The re-interpreted, re-combined patterns are thus an intriguing play between the visual and the haptic, and are embedded with the question of loss and memory.