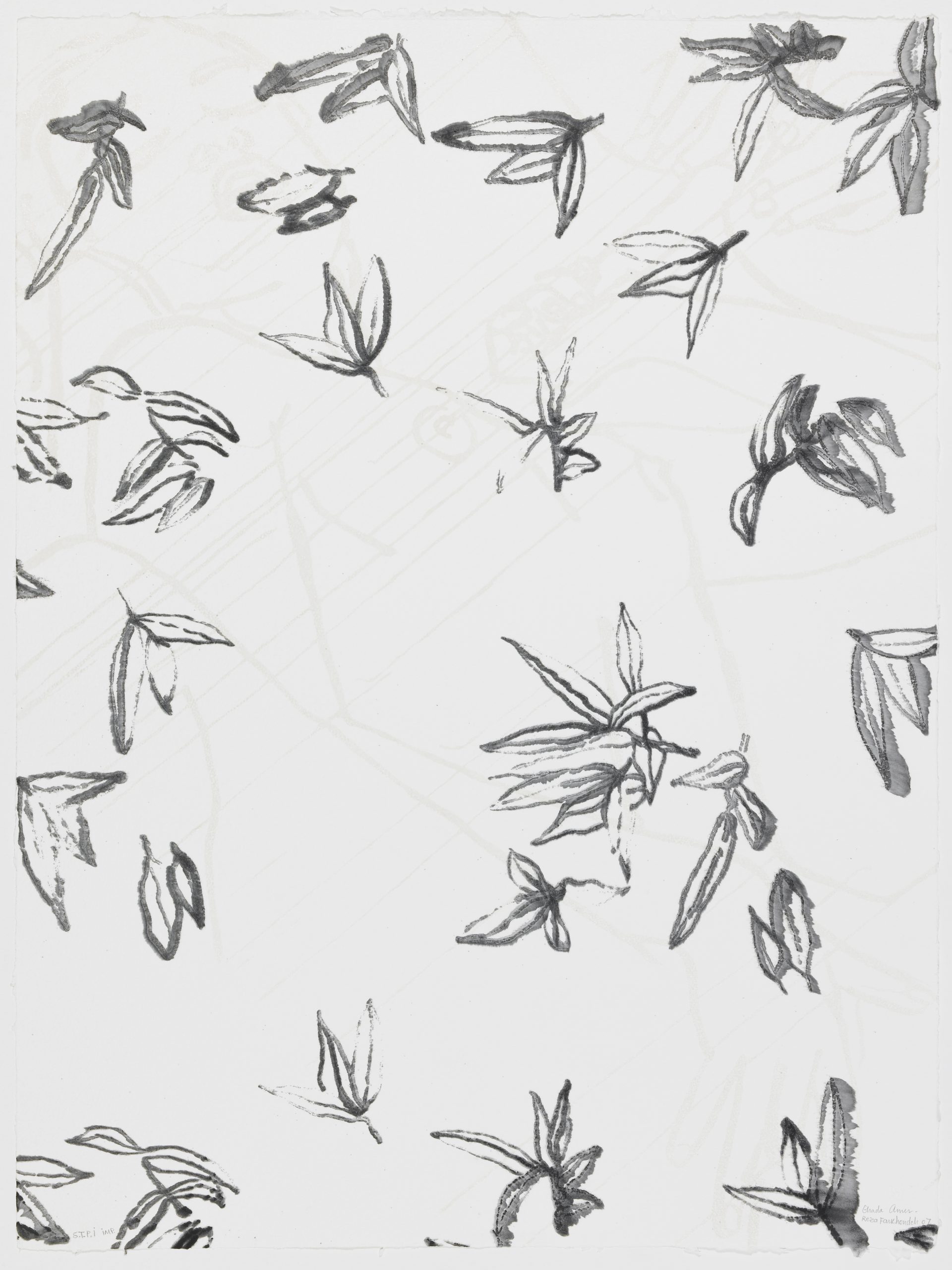 The meeting of these two artistic horizons between Ghada Amer and Reza Farkhondeh took itself to another territory at STPI. By incorporating various printing techniques, drawing, painting and embroidery, the artworks conjure imageries of fairytales and provocative silhouettes half-concealed between intricate layers of printed flora. The works reveal themselves in a confluence of Eastern and Western cultural symbols and associations, in congruence with their practice at large. Amer’s rendition of suggestive figures in hypnotic repetition of psychedelic hues takes on the task of questioning myths, pop culture references and objectification of women; while Farkhondeh’s application of printed flora, birds and pale washes obscure these underlying erotic forms and gestures. These richly textured works juxtaposes two very different artistic styles and blur conventional geographic, national, and artistic landmarks, thus surprising viewers with its uniqueness and destabilising our accustomed preconceptions.

Ghada Amer (b. 1963, Egypt) and Reza Farkhondeh (b. 1963, Iran) have developed an artistic collaboration since 2001. While they have their own individual practices, Amer and Farkhondeh have developed a dynamic visual vocabulary, one which intertwines Amer’s bold investigations of female sexuality with Farkhondeh’s forms and beauty of nature. Both of them met while they were students at the Villa Arson, Nice, France where Amer received an MFA in paintings and drawings in 1989 and Farkhondeh for video and short film in 1991. The two artists attended the prestigious Institut des Hautes Études en Arts Plastiques in Paris in 1991 and 1993.

Viewing collaboration as “a mutant riddle…a type of creation that resists control”, Farkhondeh and Amer have welcomed combined authorship to push the boundaries of drawing and painting, as well as collage and sewing. They often pass their works back-and-forth from their separate studios to add their own marks until each artist is creatively satisfied. This unique method of collaboration has resulted in layered compositions which feature women in the acts of masturbation and lovemaking, patterns of birds and flowers, as well as Hindu deities and Arabic script. Such combinations can be read as a culture clash between purity and eroticism, and the East and West.