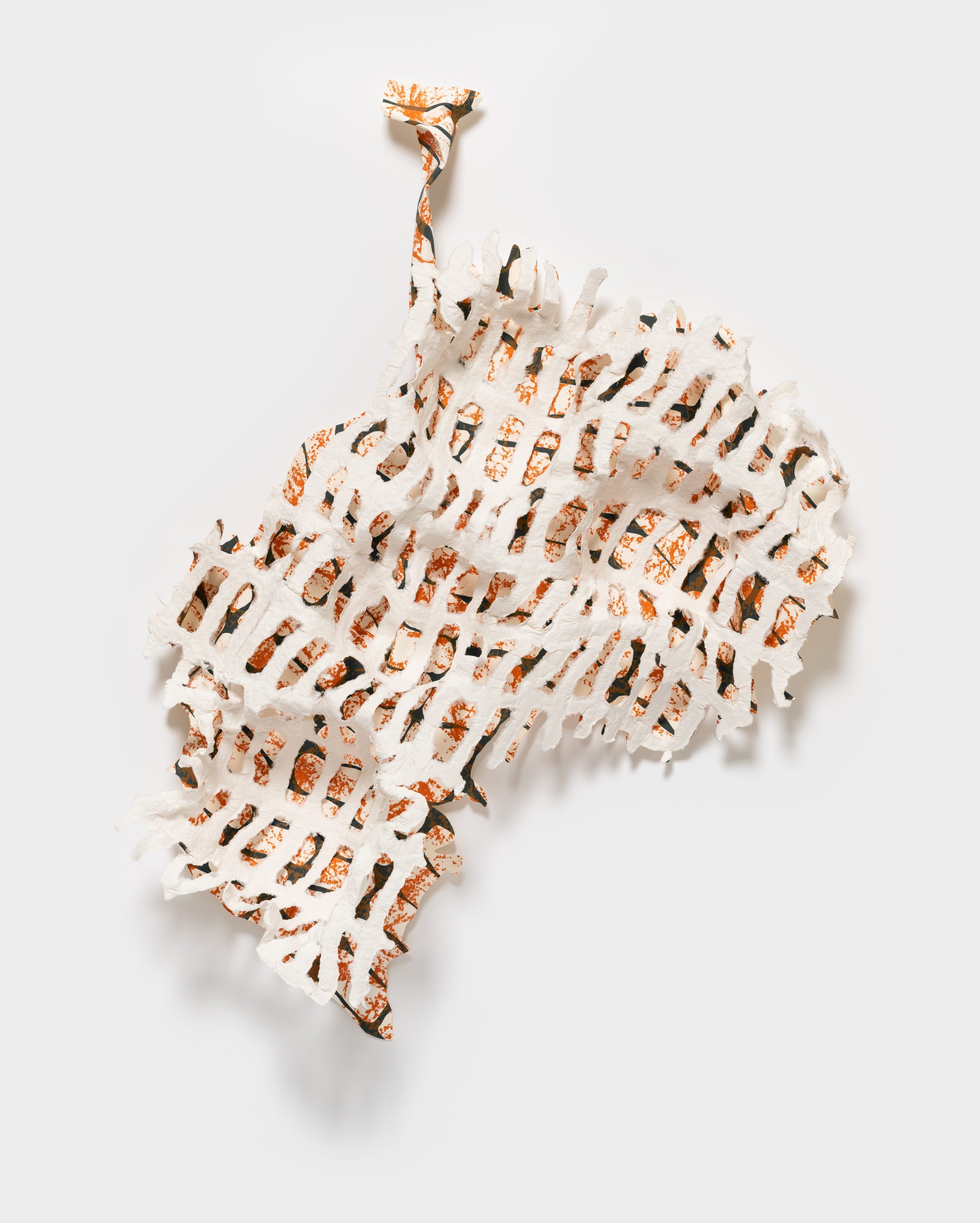 Another significant imagery present in Lim’s STPI works is that of the plastic net. This net is symptomatic of our present times, where this object has become ubiquitous as a sign for keeping out and segregating human bodies from one another. At the same time, the artist also ponders on what exactly is being kept out and kept in—even with the net, the blockade is a porous one since in everyday occurrences, humans can be found on either side of the net. In this manner, the net is “a filter and not really a filter, a barrier and not really a barrier”.

It is also about the material itself, and how there is a very machine-made quality to it yet with time, this item disintegrates and takes on another life outside of its intended means. With this often overlooked material, there is also the sensibility of making art from what is around us, and exploring the potential and possibilities of these items. Following this train of thought, Lim creates a visual interest with this undulating form, as if ripped off from something bigger and a part of a whole. And similar to the circles, one can also lose themselves in observing the details by moving closer to the work, and then further again to appreciate it as a whole, and a part of a larger puzzle.