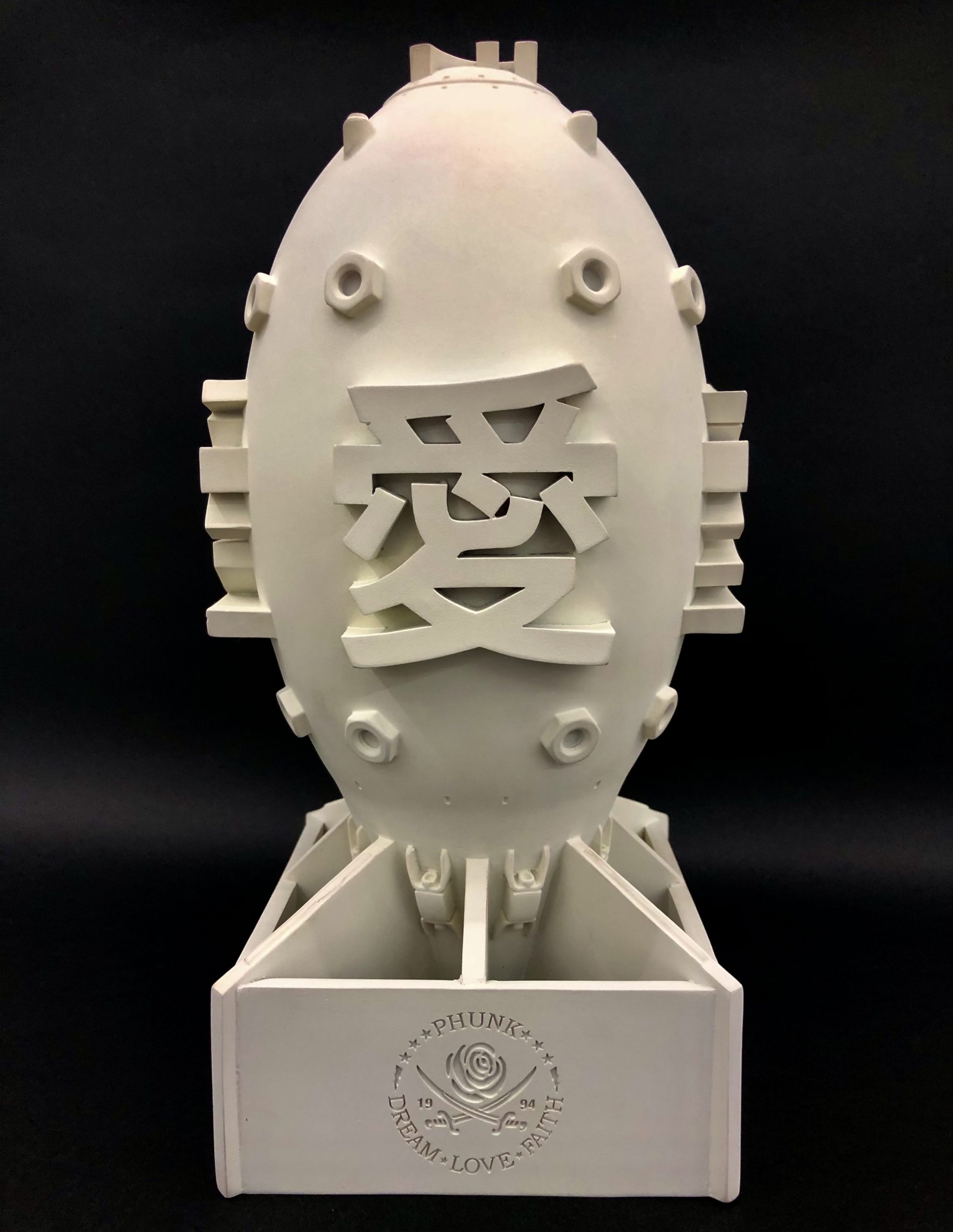 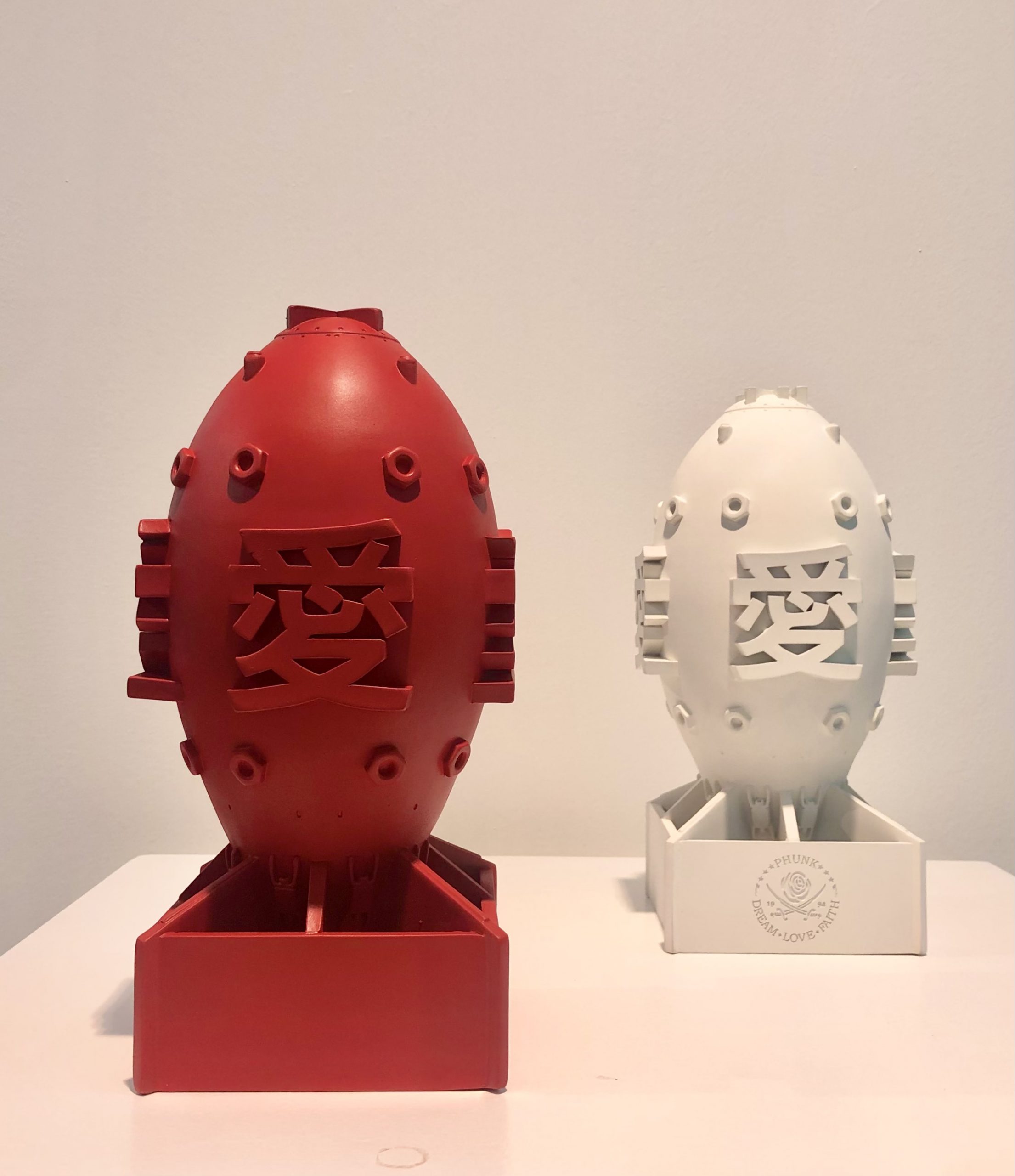 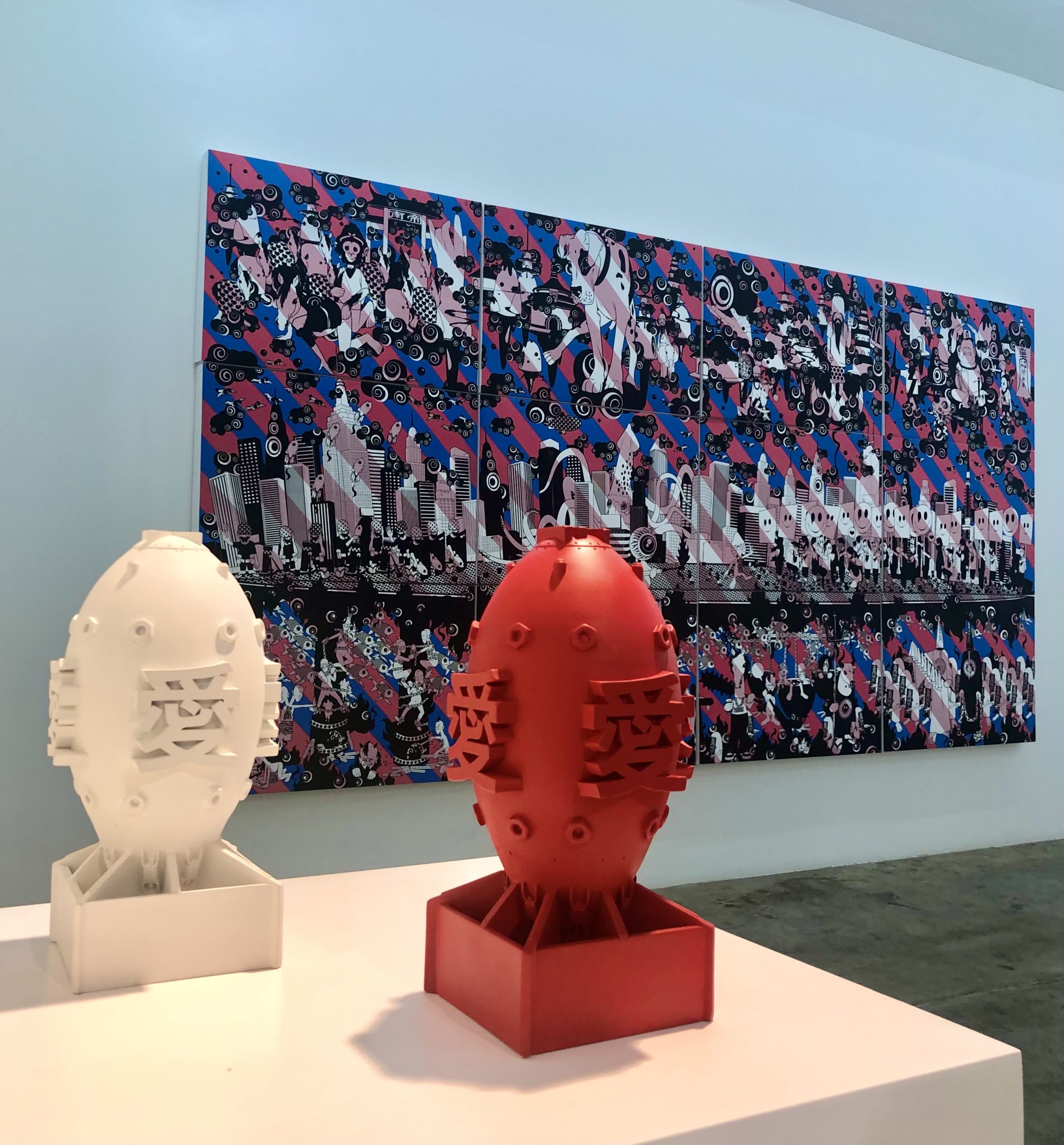 PHUNK iconic Love Bomb – aka the Fat Boy, took its inspiration from the atomic bomb. The atomic bomb is a human creation and also the ultimate object that destroys humankind. It has no real purpose in life accept to destroy life – so creation and destruction all in one. It’s very powerful, liked ying and yang. Any creation comes with destruction, and the atomic bomb was the best symbol. LOVE is the most powerful force in the universe.