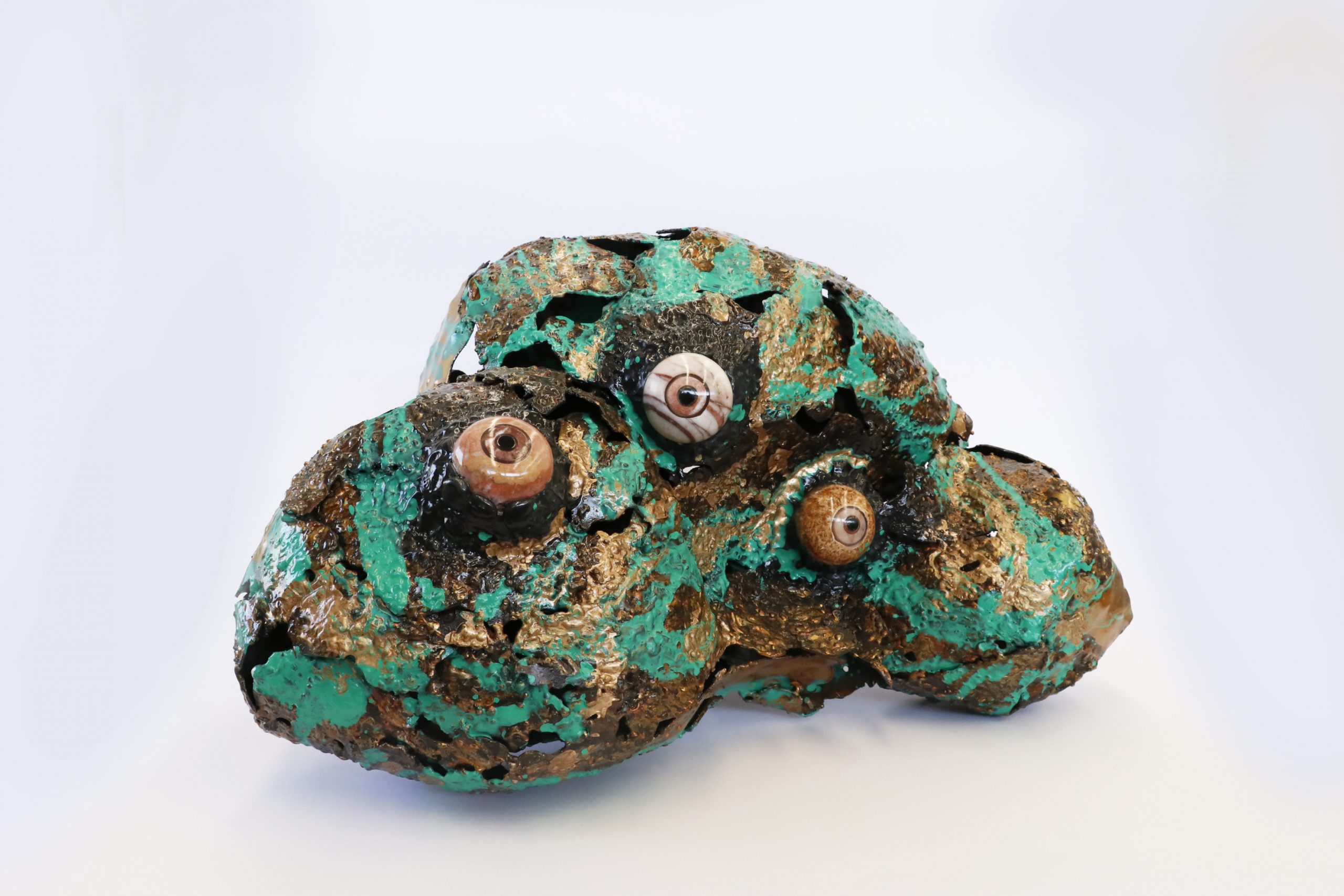 Komkrit exquisitely crafted Golden Head probably started this new series of artworks. The golden ominous orb head resembles a broken relic; at the same time, the surface seems to be treated with a glossy medium to look contemporary and relevance of today. The crudeness of the form and the textured surfaces suggests a harsh narrative behind the object, in fact, it echoes the many conflicts between the civilian government, the military and the disposed monarchy; from the Thailand currency banknotes saga to the power struggles between the aristocrats and the new “common” elites and so on. The red-painted numbers, 193 and the staring eye on the head reinforces a feeling of ominous presence and a demand for attention, the lost years and looks like a blind orb from an indifferent world.