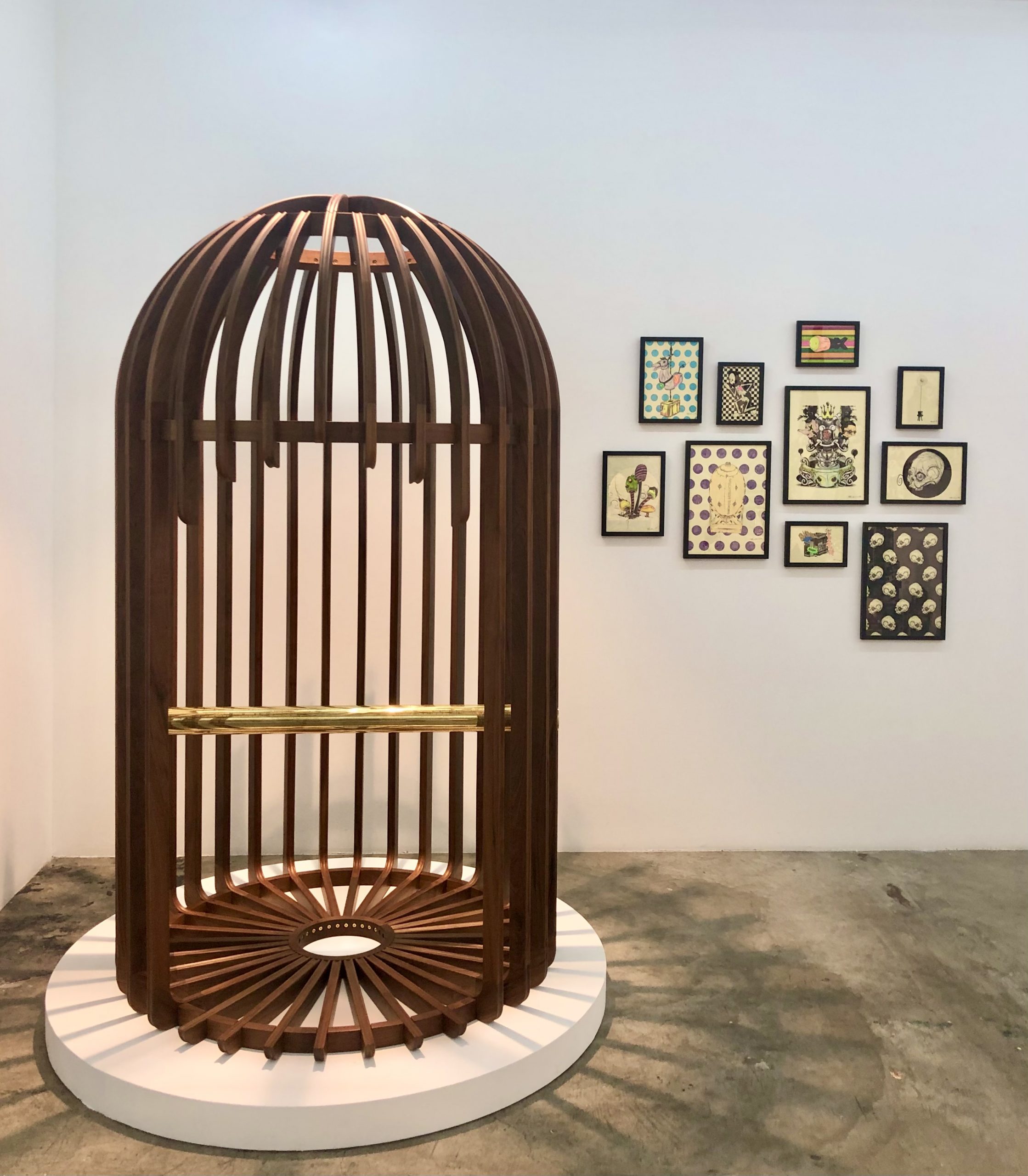 “IN THE EMPIRE OF DREAMS, YOU ARE THE KING OF IT”S DESTINY”
The King of Dreams is a throne designed by PHUNK and renowned furniture designer, Nathan Yong. The landmark collaboration celebrates the spirit of “the dreamers” and the power of imagination. The design resembles a life-sized bird cage, a sanctuary in which the “king” can nest his dreams, set it free to take flight across the universe. It is inspired by PHUNK’s Daydream Nation series of original artworks and their shared influences and love for art, design, vintage furniture, rock music and comic books.