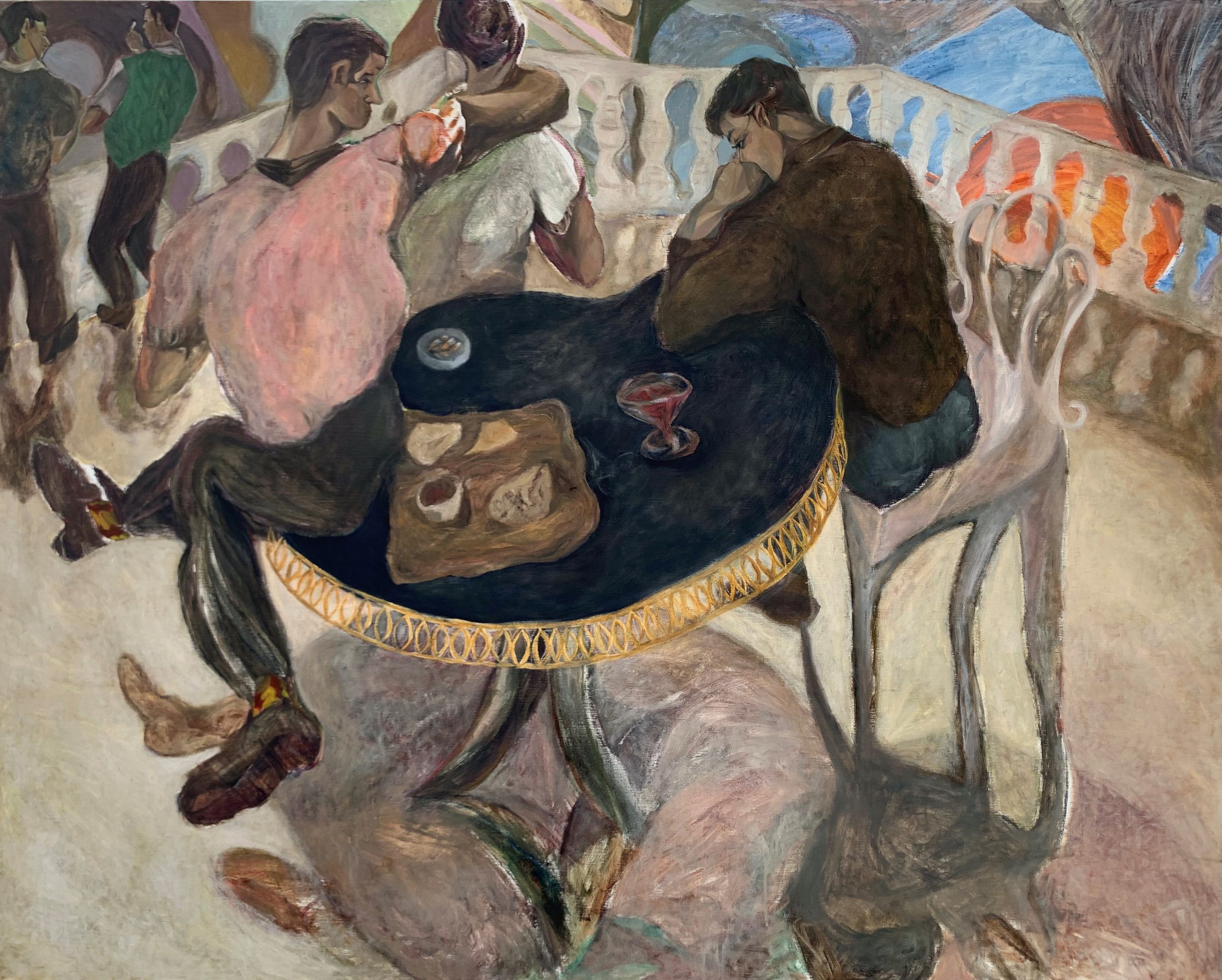 Heizer paints the metanarratives of the caricatured figures in the state of pain, despair, and hopelessness. These characters exist in an abject reality ruled by their own logics, appropriated from various fictional novels and cartoon shows.

A Singaporean painter, Muhammad Faris Bin Heizer or Faris Heizer attained his Diploma in Fine Arts at the Nanyang Academy of Fine Arts. In 2019. He has taken part in in several group exhibitions including “Raw Forms”, “Diptych” and under the collective, The Right Belief in “Orthodox” at Coda Culture, Singapore. The following year, he was featured at the “Coda Culture Opening Party Show”. He has since exhibited at Cuturi Gallery, SUPRMRKT and had his debut solo exhibition at Coda Culture. In 2021, Heizer participated in OH Open House 2021 and Art Agenda SEA.