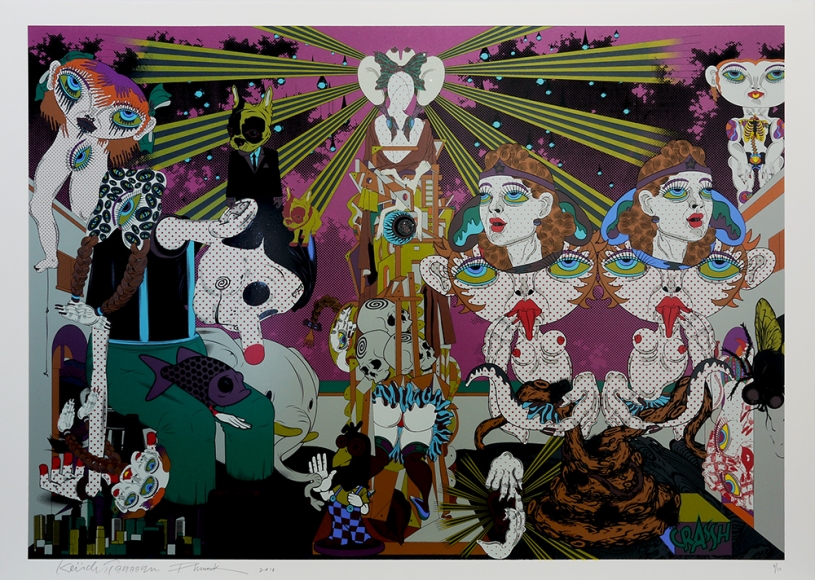 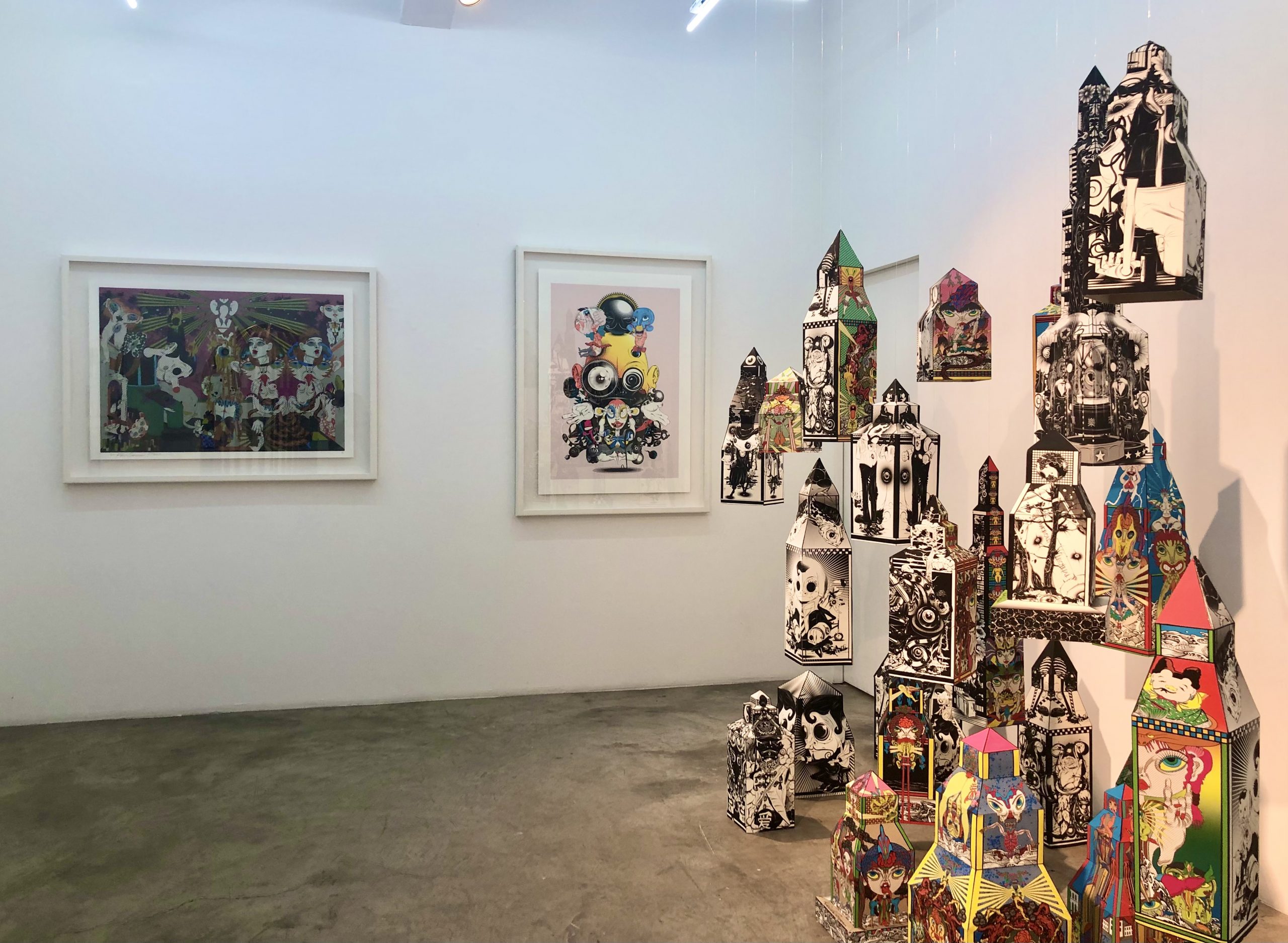 Feast In The Peachy Heaven, Night

“:phunkTanaaMIX –  PHUNK & Keiichi Tanaami”, is a collaborative 4 limited editions, hand-made silkscreen prints by world-acclaimed Singaporean art collective PHUNK and legendary Japanese pop artist Keiichi Tanaami. Psychedelic dreamland of PHUNK and Tanaami invites the viewer to an enchanting parade of eccentric characters  and vibrant colours. Their eclectic view brings together both tradition and present and reinterpret childhood memories with contemporary context. Resulting from this collaborative project, each artist’s portrayal of a new world carries on a dialogue and manifest into a seductive utopia.