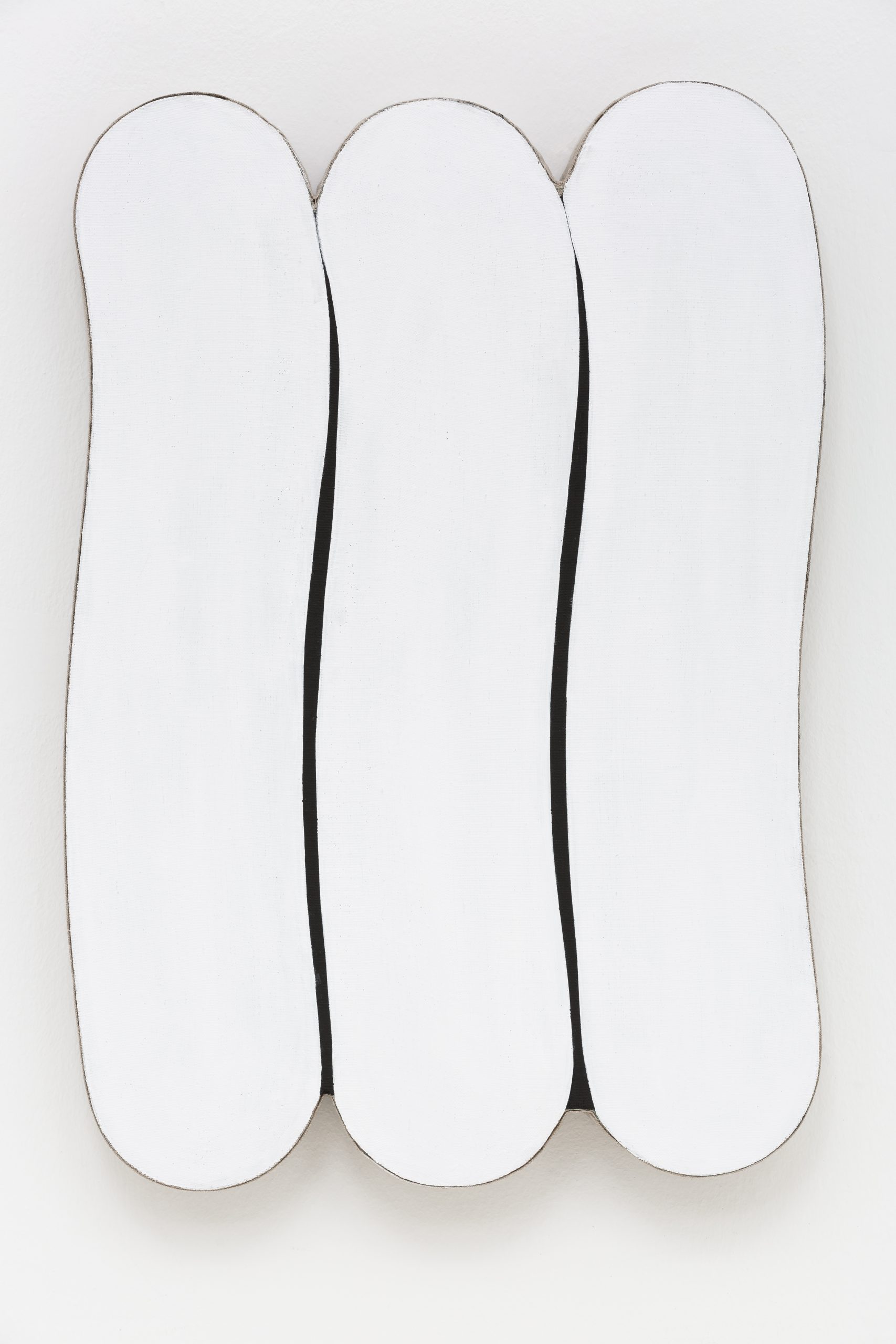 Four years in the making, this glossary of forms in Chua’s Edge Control series has accumulated to 50 to 100 artworks consisting of permutations of shapes based on computer graphics and bots. These paintings are a way to navigate ideas about the diagram, the edge, surface tension and limits, syntax, and glitch, through modalities of painting. The works currently veer towards being hard-edge and monochrome, and the titles are numbered chronologically (for archival purposes) but they also obliquely reference an event. As the series builds up indefinitely, shaped stretchers reveal the evolution or apparent deterioration of a form. A play on words and phrases may also instigate an improvisation of a shape.