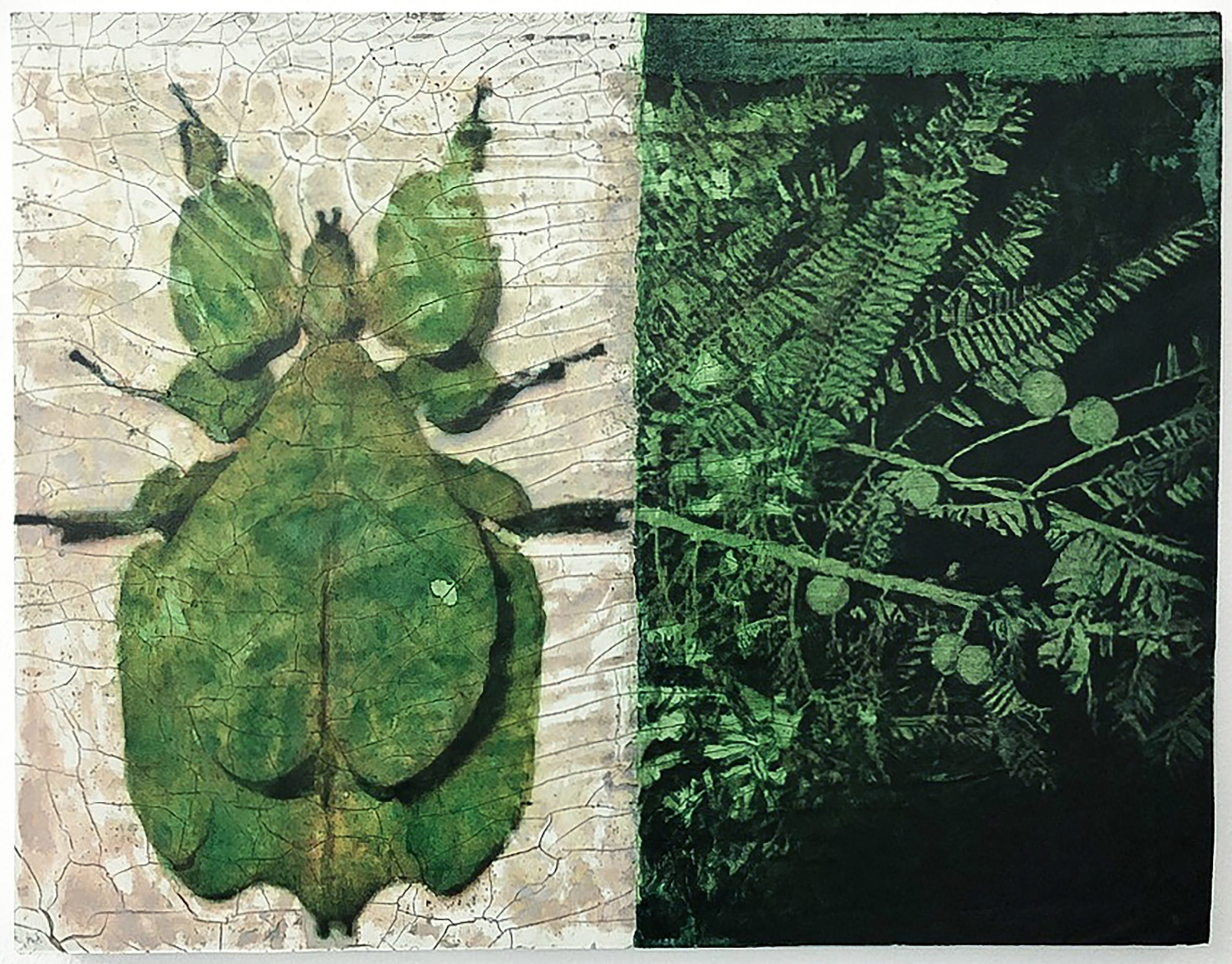 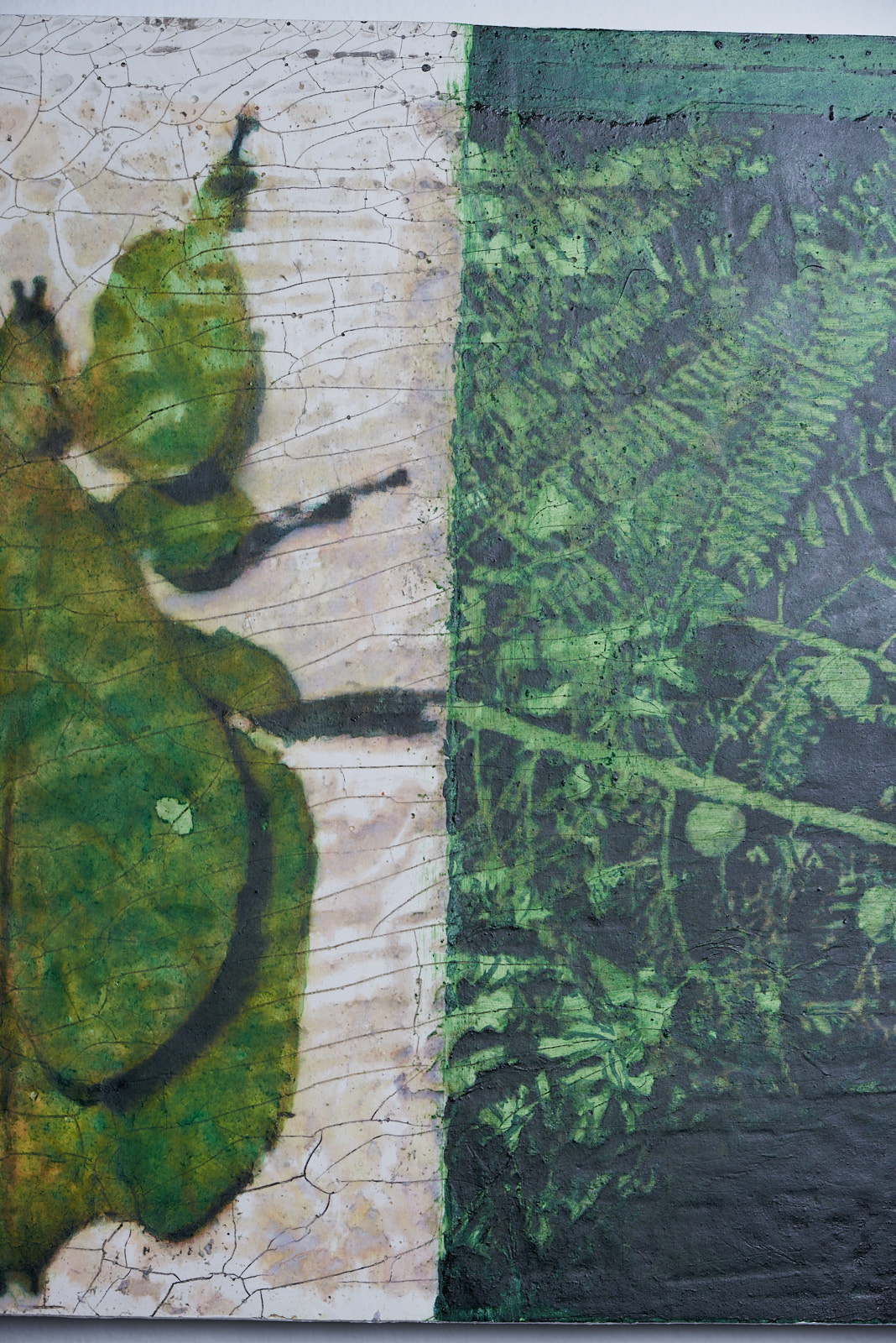 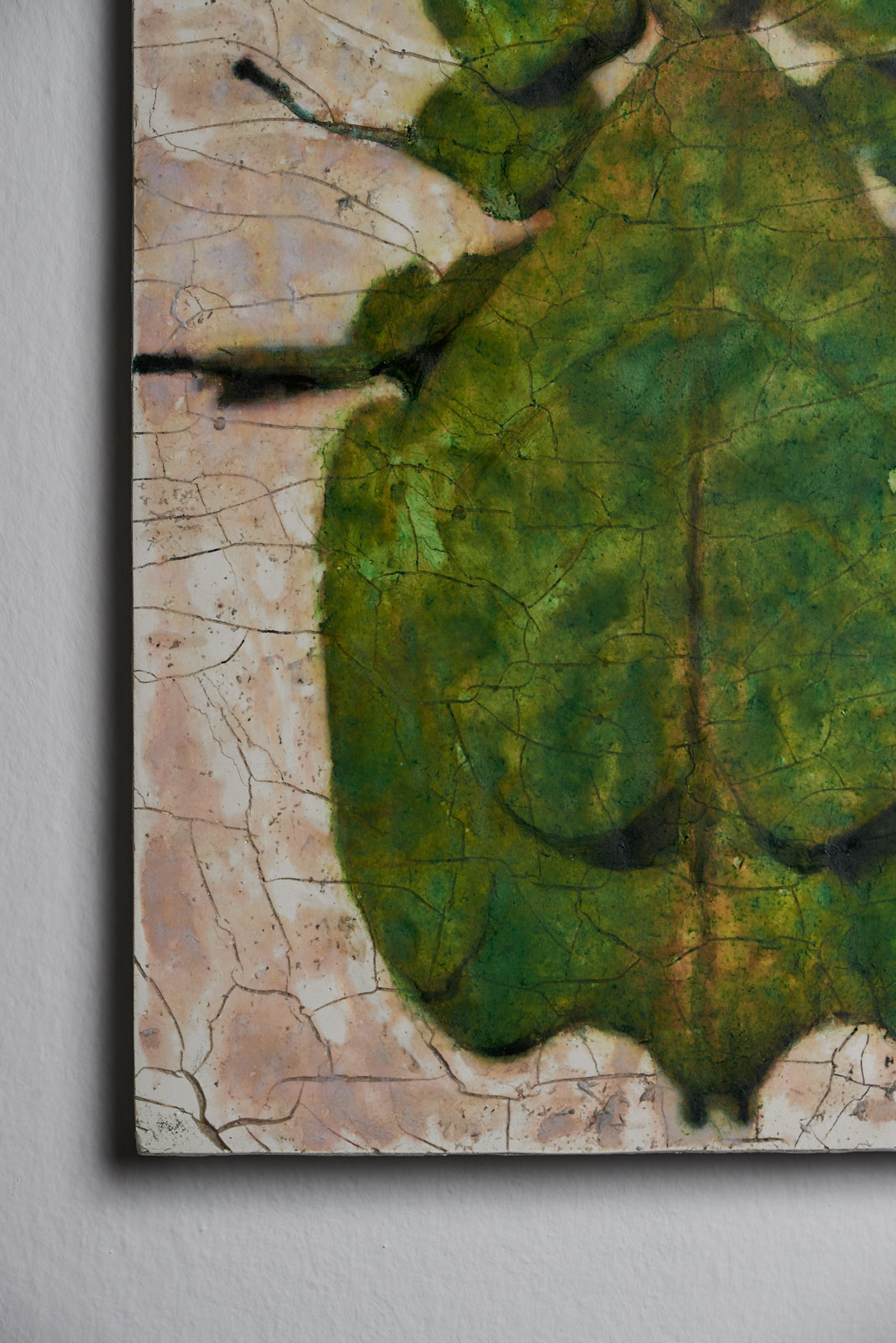 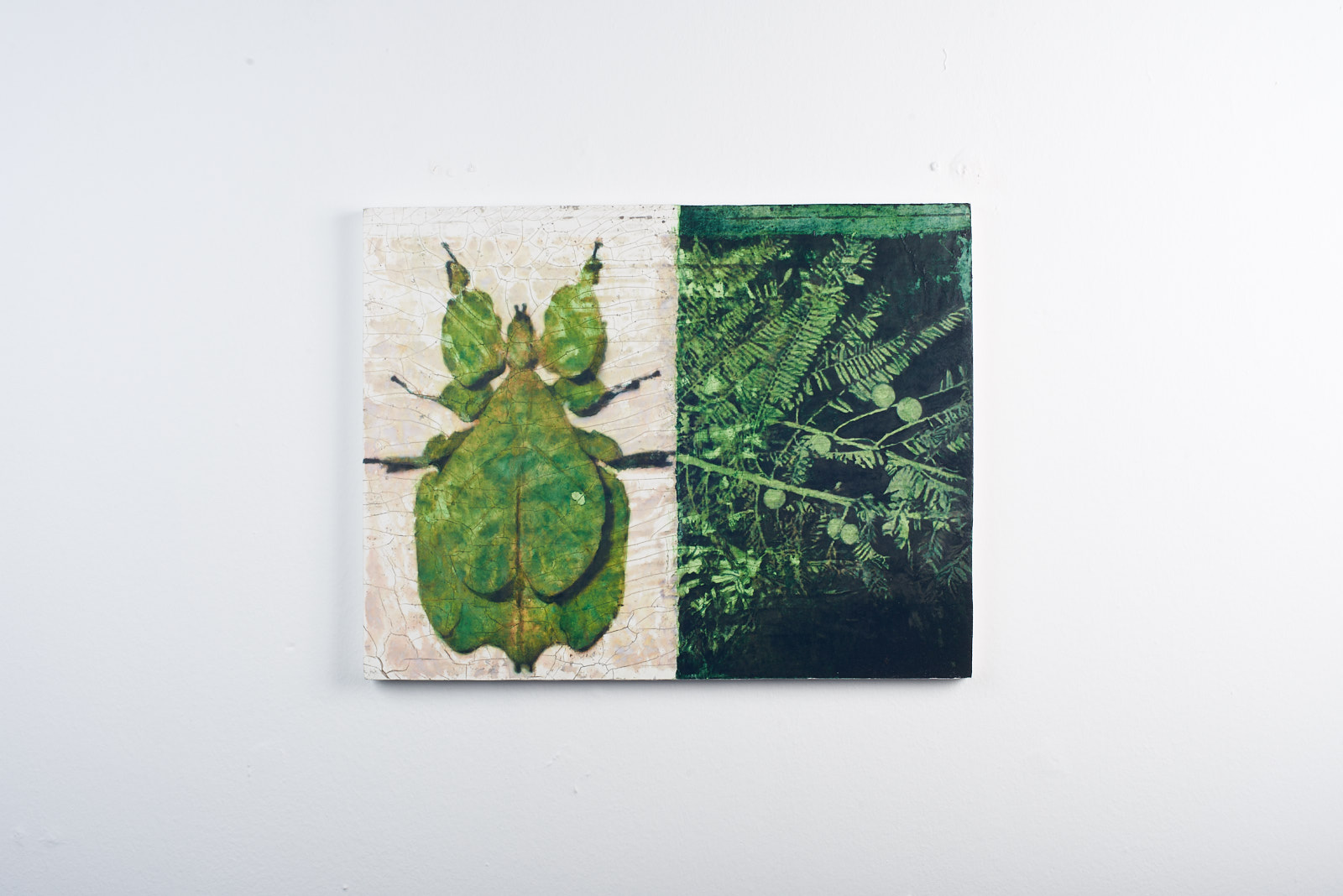 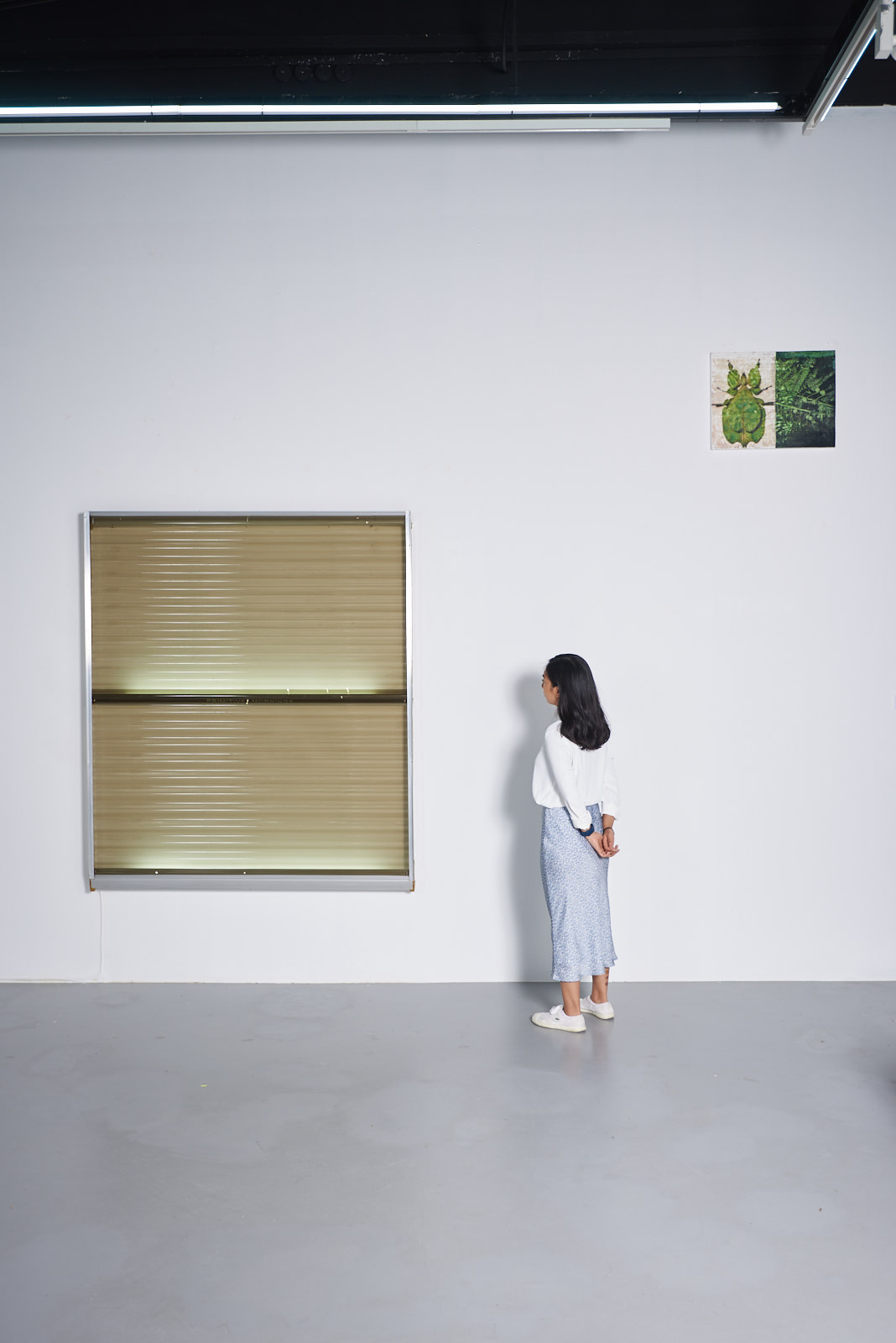 This work is a continuation of Sciascia’s abiding interest in the materiality, the production and the metaphorical language of light. The representation of light has a long lineage in Western art history: in a break with the use of light as an analogy for divine grace in the Midde Ages, the archetypal Renaissance man, Leonardo da Vinci, is credited as being the first artist – and scientist – to analyze the optical properties of light and to depict its effects empirically. The dramatic dimensions of the technique known as chiaroscuro, which used the contrasts of light and shadow to create powerful psychological and atmospheric affects on the canvas, would flower in the work of Caravaggio, and, following him, during the Baroque era. Following that, the explorations of light’s effects took new modes of realism during the Enlightenment, and, later in the nineteenth century, in the tableaux of the Impressionists, which foregrounded the optical subjectivities of light. Clorofilliana takes as it chief motif the use of light, albeit without the inclusion of light itself. Here, the depiction of biological life – both fauna (a leaf insect) and flora (the plant it mimics and feeds on) – allude to the fact that light, through the process of photosynthesis, is the ultimate source of existence.

Filippo Sciascia (b. 1972, Italy) is an Italian artist based in Bali, Indonesia. He studied art at the Institute of Art, Nordio, Trieste and Fine Arts Academy, Florence, in Italy. His most recent exhibition with Yeo Workshop was GODSPEED in 2019.

Over many years, Sciascia has explored the pictorial tensions between painting and imaging technology of the new era, challenging the art of painting as a practice. Choosing photographic imagery to re-depict on canvas, Sciascia captures the transitional process from one medium to another in an amalgamation of pixels, lines and forms.

The emphasis on the process in his work rather than on the object demands a profound understanding of the character and history of each media. Sciascia demonstrates this knowledge through his consistent and loyal struggle with the challenges of representation and reality.