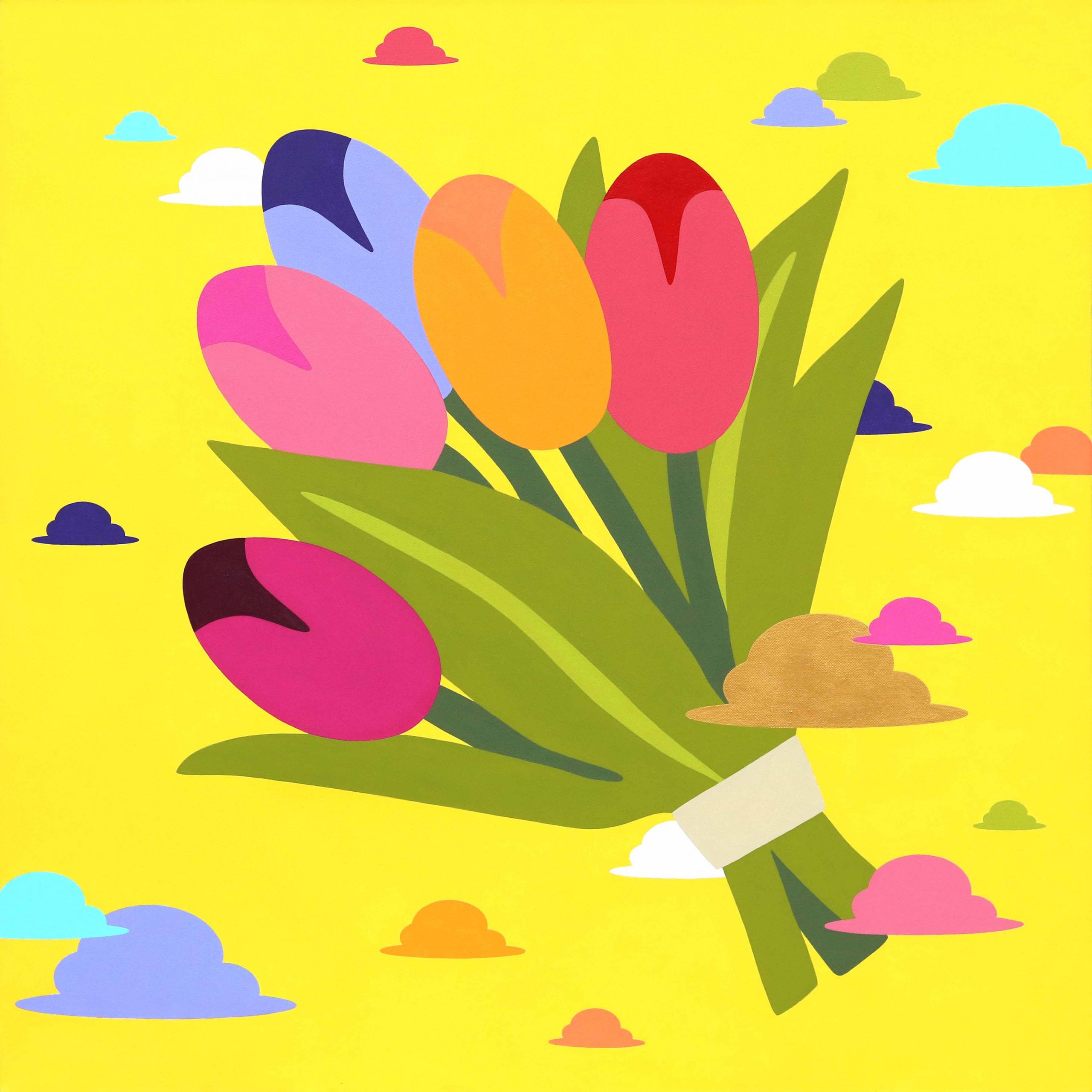 In Leo’s contemporary take on the cloud, his clouds are all-embracing and full of colours, be it totalitarian that covers the canvas or as a guest in his many portraitures of painting. There are always clouds or a piece of cloud in his works, which is the same in everyone’s hearts, likened to there are countless colourful clouds, just like everyone’s dream, and maybe one or more will come true. Leo’s cloud evokes memories and also transcends a vision of the future. Cloud is constantly drifting freely, knows no boundaries, only running forward, just like chasing its dream, not knowing when they come and where they go. Cloud is both an entity and an empty body because it is unpredictable. Clouds can turn into rains to nourish all things, or can be colourful when melded with sunshine. Contrary, in ancient Chinese symbolism, clouds were created between earth and heaven; they symbolise the celestial realm. Clouds are considered the union of Ying and Yang because they are a fusion of the elements of water and air, sky and earth. Moreover, “Yun”, the word for clouds, sounds like the Chinese word for luck and fortune; therefore, the two became intrinsically connected. In this hybrid of modern beliefs and ancient connotations of clouds, Leo narrates the story of life, its social issues such as popular culture like social media and fake news, and human behaviour and societal relations in our current times.

Leo Liu Xuanqi (1977) is a Chinese contemporary artist currently residing in Singapore. A graduate in Art & Design from Shanghai Publishing and Printing College ( The University of Shanghai for Science and Technology ) in 1999. He moved to Singapore in 2006 and left his decade long career as an Art director in design and advertising in 2009 to pursue art full-time. He was awarded Platinum Award at the 31st UOB Singapore Painting of the Year Competition for his artwork “Wandering Cloud”.

Leo's works fuses modern graphics design elements with traditional painting techniques, achieving a sense of contrast in dynamic design versus still realism. His play on dualism and dialectics inspires reflection on the interaction between tradition and the contemporary, within this rapidly evolving world. He is inspired by history and society at large, often seeking to provoke his audience into thinking about contemporary issues facing humanity and the world around them. In 2009 his work is an ongoing reflection of personal identity embedded within popular culture. In his "Cloud" series, Leo plays with the idea of permanence and the temporal, and explores the tension that arises at the crossroads of rapid globalization. In 2012 he also made an important pivot towards fusing charcoal realism with POP Art paintings to manifest greater freedom in artistic imagination and expression. In 2014 he also begun to explore using contemporary styles to express traditional Chinese ink painting, bringing traditional ink into installation art to achieve an artistic breakthrough in uniqueness and style.

Since 2010, he has held six solo exhibitions and participated in many international art fairs, such as Art Stage Singapore, Art Taipei, Hongkong Art Central, etc. His works are collected by private collectors and public institutions.