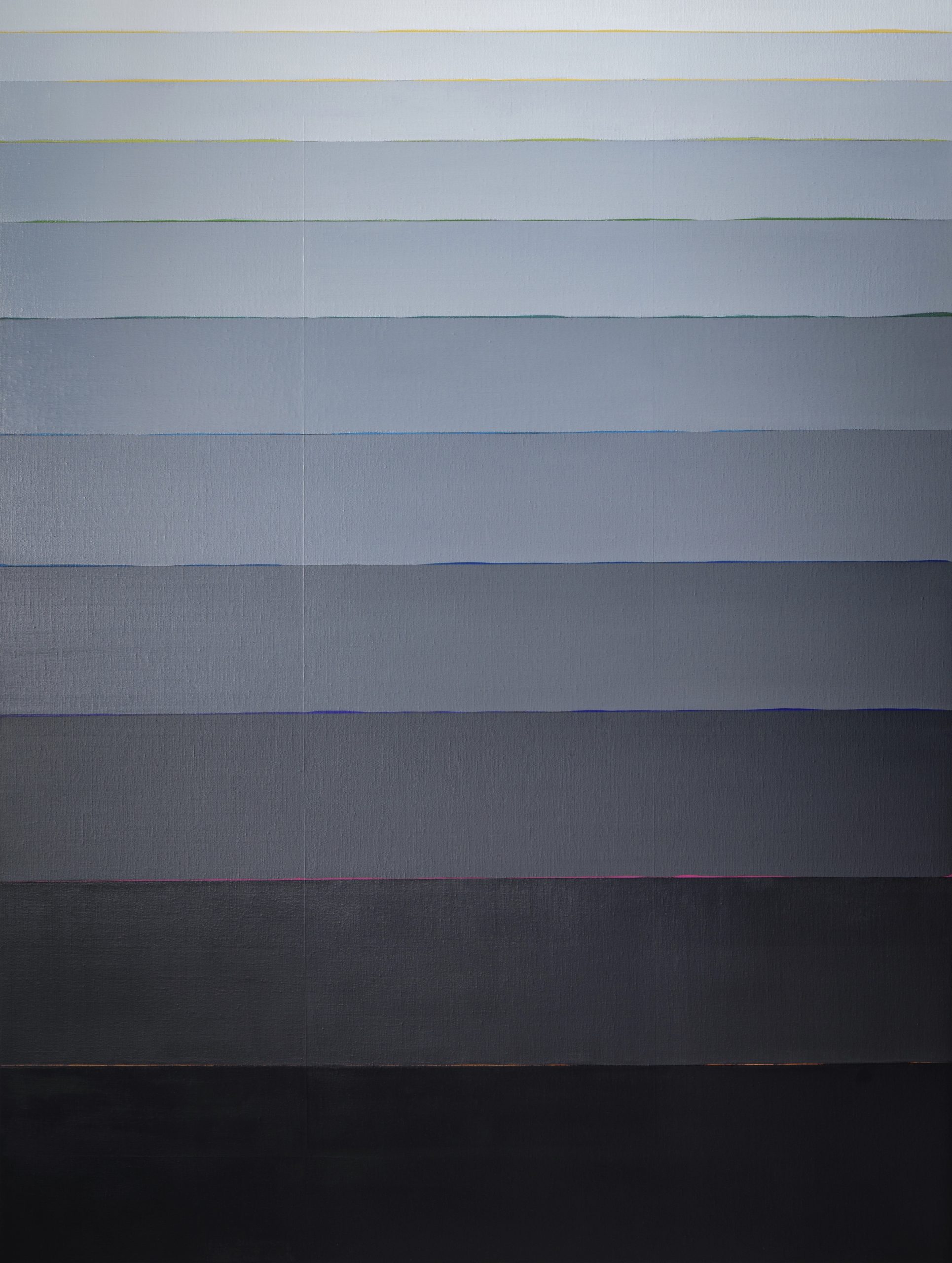 Blank Slates begins with the idea of how a painter would use the colour wheel as a chart/map. Guided by the colour wheel, painters establish their coordinates on their paintings and plot bridging points of colours that eventually runs in a full circle. Tan paints the sequence of the colour wheel as an underpainting and divides them horizontally into 12 sections, with different tonal values of grey in columns of different sizes/ ascending order. The artist then selectively leave out areas where colours reveal themselves through tiny gaps and reveal even more when the viewer orientate themselves to the side of the painting. The ephemeral nature of grey and its ambiguous quality intrigues Tan as grey possesses the ability to interact with other colours from within, transforming and shifting said colours into different shades and tones. In other words, if colour is an entity, grey is the catalyst of its character.

Jamie Tan is interested in the elusive nature of colours and their formal possibilities in painting. To him, colours embody the spirit of freedom, where they seemingly expand, recede and overlap within their own boundaries. In his artworks, Tan explores the interaction of colours and how we perceive them — colours seem static by themselves but enter a transformative, ever-shifting state when relative to their surroundings. The simplicity of tonal values in his paintings allows the viewer to experience a sense of movement; a pushing and pulling effect achieved through the contrast of lightness and darkness and the distances between Tan’s methodically positioned bands of colours.

Tan received his BA (First class honours) in Fine Arts from LASALLE College of the Arts, Singapore, awarded by Goldsmith University of London, in 2017. Since graduation, Tan has participated in several solo and group exhibitions and regional art fairs in Malaysia and Singapore.