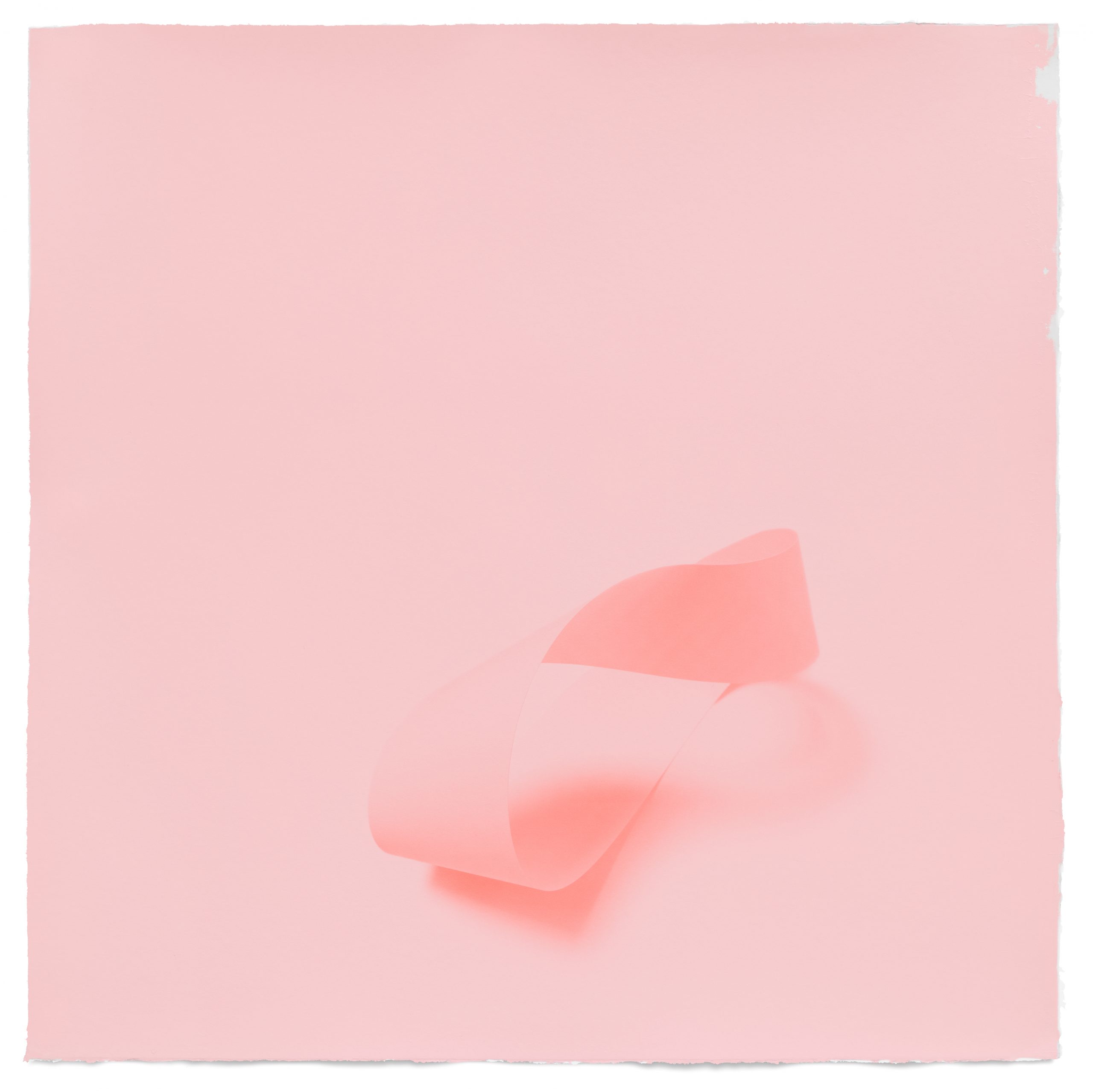 And In the middle, we dance (I)

This series casts the focus on two aspects: the form of the mobius strip, and the soft, faded colours that perpetuates throughout. The use of the mobius strip is inspired by a crime novel and through it, the artist strives to formalise what time might possibly look like. As for the faded colours, Kueh was heavily inspired by a Marcel Proust quote taken from his seminal work, In Search of Lost Time: “The translucent
alabaster of our memories”. Along these lines, the works capture the idea of struggling against the act of forgetting as time passes.