To acquire an art piece of quality over that of popularity requires great depth of vision. The act of acquisition calls to an understanding of art that goes beyond the pure fan fair of pompous fame. In 1995, Terry Lee discovered that he had keen observatory abilities to see beyond the status of an art piece into its quality and depth. He began to sharpen his skills in acquiring masterful art pieces over the next 6 years before moving from his executive position in a global enterprise to a permanent fixture in the art industry. 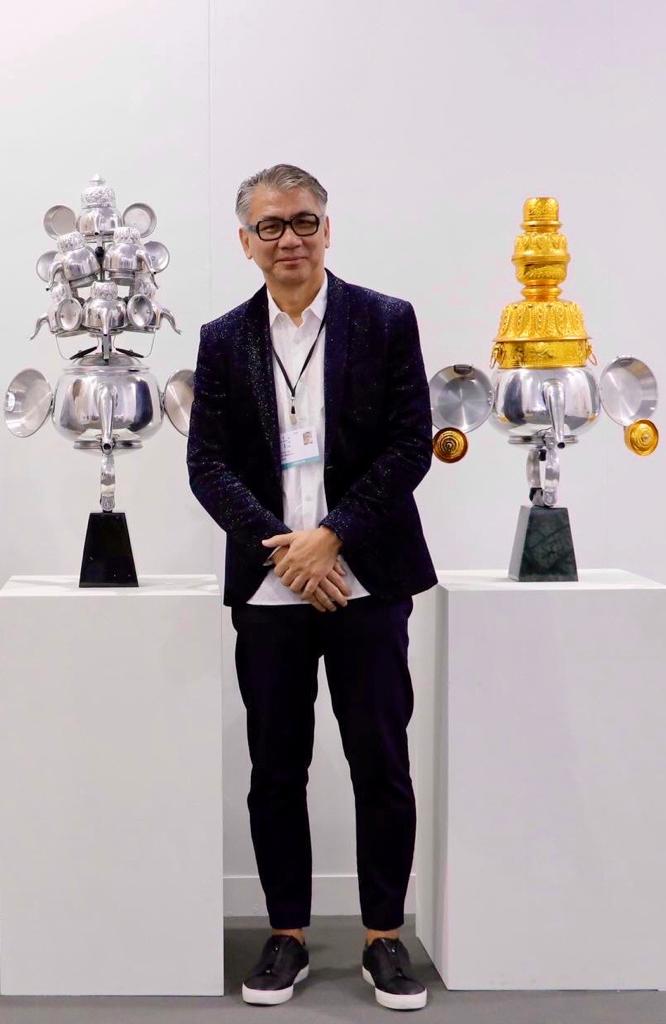 Art Seasons Gallery was officially opened by Terry Lee in 2001, titled after a Chinese derivation of his own name. Over the past 10 years, Art Seasons Gallery has actively supported emerging contemporary artists with novel ideas who push the boundaries of art, both in content and visual prowess. Although every exhibiting artist has a different approach and ideology behind their work, Art Seasons acts as a host to artists who are unfettered by an expedition into the depths of our conscious reality, may it be political, social, or psychological. In each instance, painters and sculptors alike use their eclectic and wholly unique stylistic sensibilities to present their critiques and observations of the human condition through the lens of artistic exploration.

Art seasons has, for instance, showcased the work of three widely different and new artistic groups including the works of Komkrit Tepthian, PHUNK, and David Chan. However there lies one similarity within their artistic endeavours, they all explore facets of our humanity in today’s modern and historical contexts in a bold and vibrant manner. Art seasons Gallery has showcased the works of each of these wildly different artists whose only parallel is their dauntless venture into our own humanity.

The sculptural works of Tepthian call to confront the socio-political struggle that underlines the darker history of Thailand and its monarchy. Highlighting the poverty and oppression in an unjust socio-economic system that ravaged the country through the 20th century, Tepthian hopes to bring new light to the situation and contribute to the ripples of change with his beautifully grotesque and fantastical sculptural creations that draws the viewers to explore the depth of the Thailand’s political turmoil.

PHUNK as an art group creates work rooted in neo-pop art with a post modernistic design influence. They explore the Chinese cultural contexts within Singapore’s society by unravelling its mythologies, characters, and ideologies. Their artworks showcase a bold and witty identity with a style described by the Chinese Contemporary Art News in Taiwan as “creators of modern urban mythological tales”.

David Chan art is rooted in realism with surrealist elements and pop art colouration. Although seemingly humorous on the surface, his daunting works consume the viewers into an endless visual journey, grappling with the socio-psychological and philosophical understandings of man. Chan’s artworks act as a narration on humanities wider social condition, including genetic engineering, racial disparities, and our current political obstructions.

As is evident, the artists and art collectives above have widely different styles and agendas. However, Terry Lee saw a similar magic within each of their works, which he describes as an “X Factor” that is a prerequisite to any artist hosted by Art Seasons Gallery. However, Terry insists that within the selection process, there is a factor more important than the art itself; this being the artists own connection to their practice. It is paramount the work should align with the artists own oration, and that they should be able to communicate together with their artworks in a humble and genuine manner.

With this in mind, Terry intends to build the maturity of art collection in Southeast Asia, awaiting the opportune moment to resume their full show schedule, both locally and overseas, with exciting projects to come, including new technology and NFTs. This will bring Art Seasons out of the pandemic and back into the international arena.