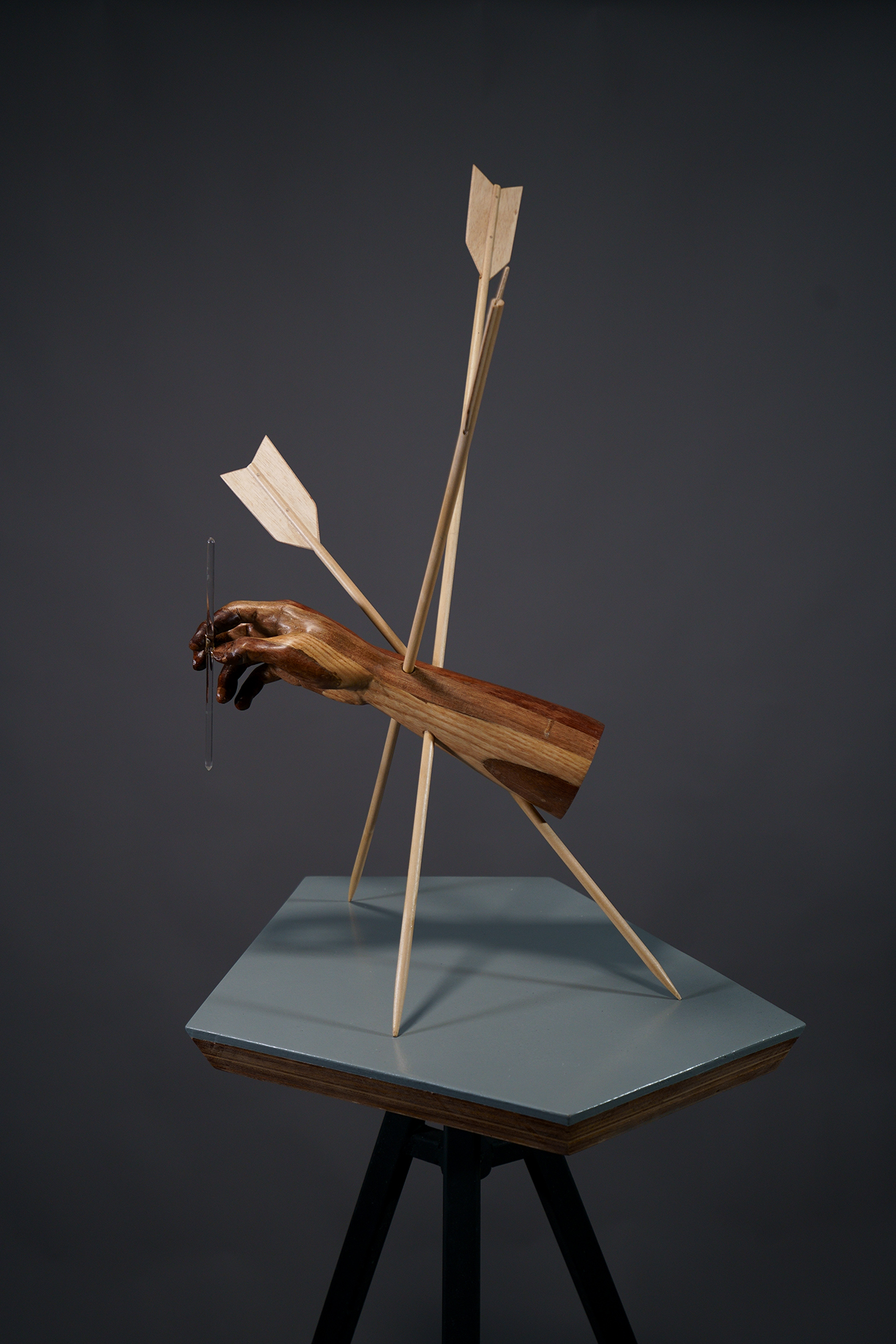 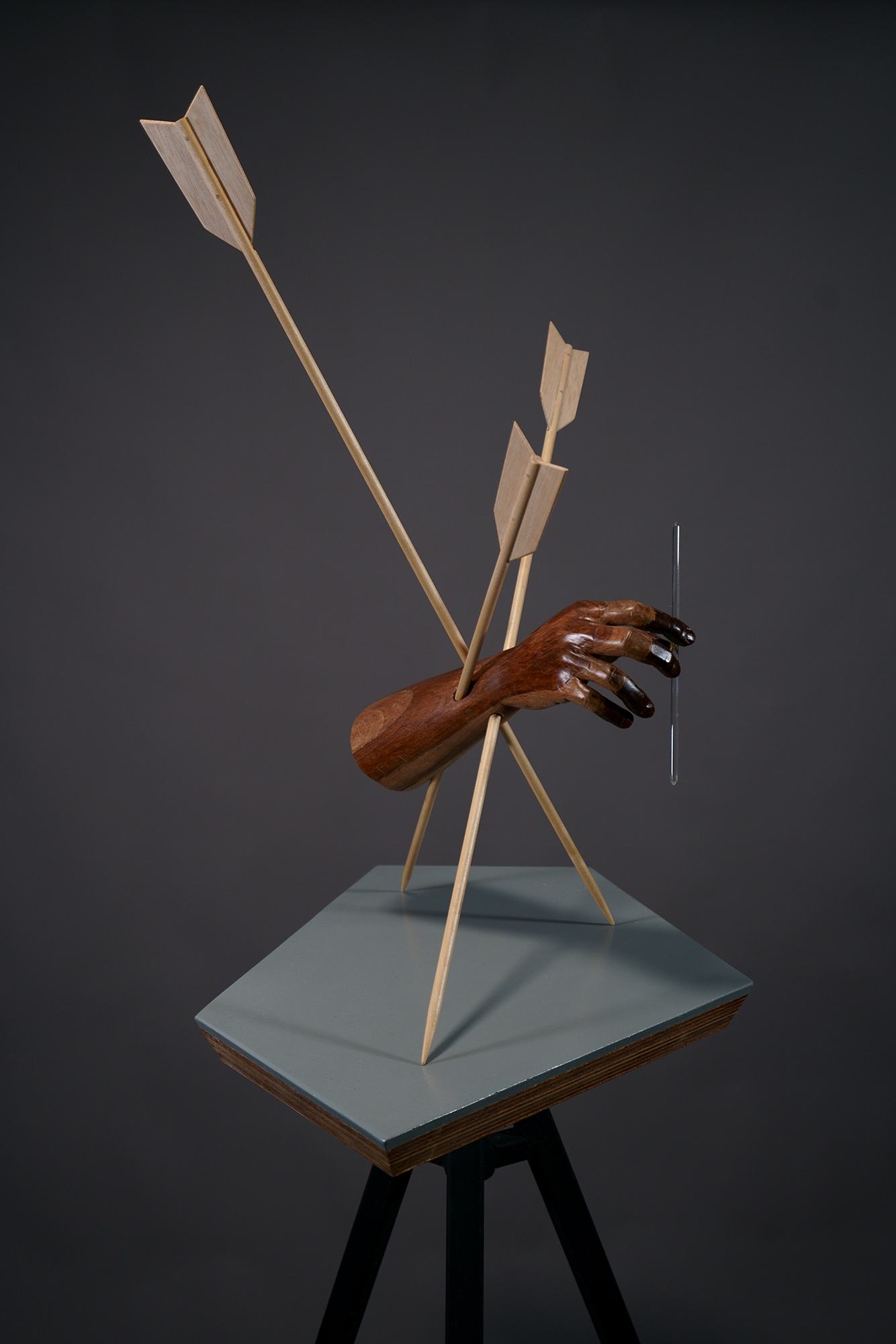 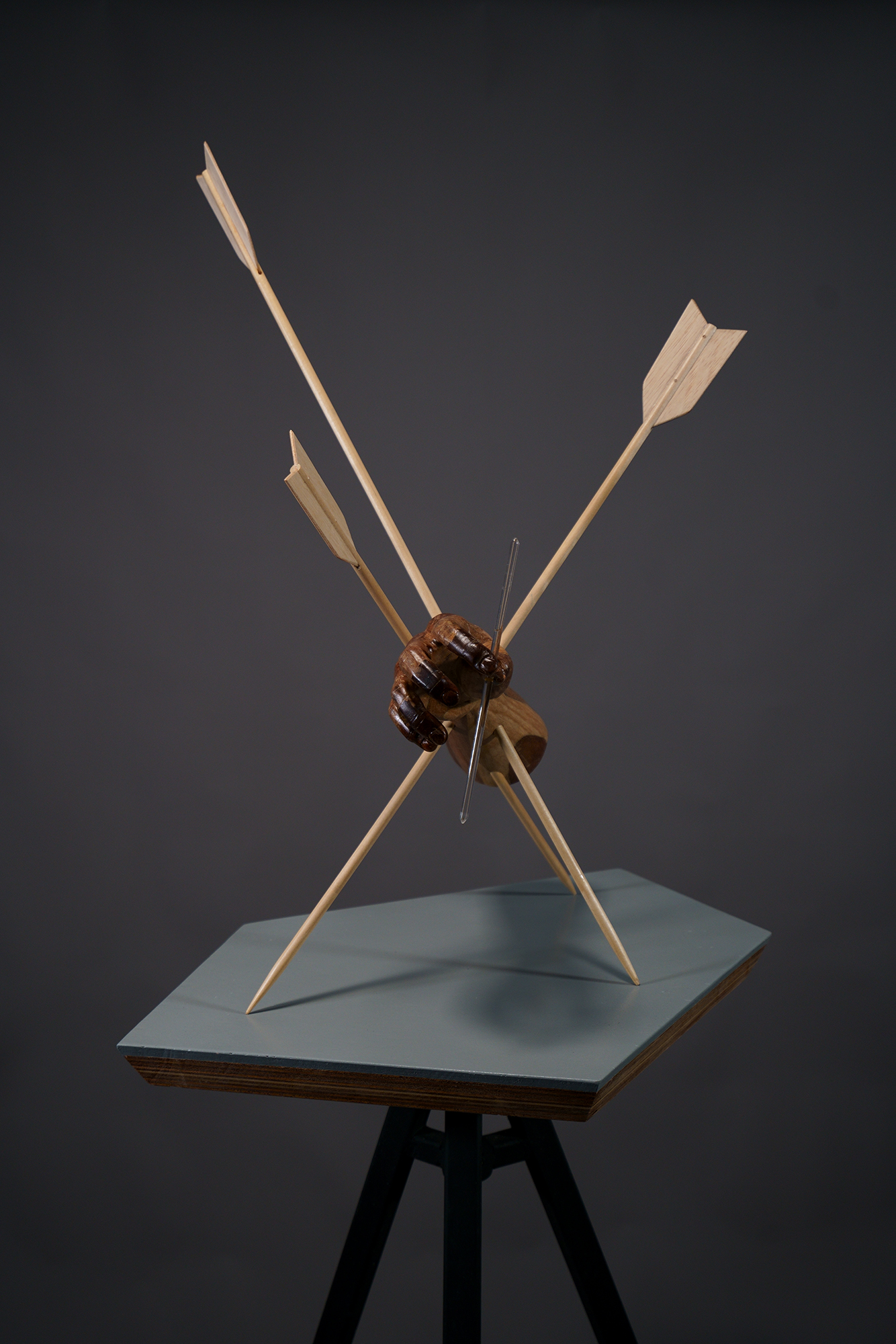 DAVID CHAN (b.1979 Singapore) paints in a realistic style, yet hints of the surrealistic connotation come into play in his subjects such as animals, humans/human hybrids against his vivid or monolithic background. At first glance, the audacious works seem comical or bewildering. However, upon closer observation, the initial impression gives way to the artist’s reality and his take on social issues such as popular culture and genetic engineering, and human behaviour in our current times. In that, it is always not easy to unpack the story behind each of David’s works. It is like taking a lateral journey with David, the improbable storyteller himself.
One has to dip deep into David’s realm of reality and imagination to understand his visual language and its iconographical interpretations of the story to be able to fathom the realistic rendition of his work. In David’s early works, such as his “A Divine Comedy” and “Modern Beliefs” series, his works would be more fun, witty, and to some extent, whimsical. He used his in-depth knowledge of ethics of genetics to explore the anecdotes of human and societal relations, often humorous and comical, but with satire, serious undertone. David’s visuals took a darker tone in his series of works in “Hybrid Society”, exploring the hybridisation and oxymoron of humanity and society. David sought to rationalise the truth in the society of hybrids; the dichotomy of truths and lies, good and evil, strong and weak in humanity and societal relations, giving penetrating insights, often satirised and dramatic. David’s body of work is not just comprised of two-dimensional works; he is very skilled and commendable in the school of sculpture. His obsession with perfection and detail showed vividly in his majestic pair of deeply imaginative and visually impactful sculptures, “Chimerative and Centauree”. David’s hybrid take of these mythological creatures embodied the theme and ideology with literary and biblical complexities altogether, showing how ancient masculinist and femininity theories can be discoursed and re-interpreted in today’s contemporary urban environment.
“The Grey Gap” is a collection of David’s random thoughts and ramblings. An exploration into the edges and gaps of his realization and fascinations, a look at the seeds that have unravelled, and his search for rationality and equilibrium in his works in comprehending human existence and nature. David is a true storyteller, sitting on the fence, watching the world.