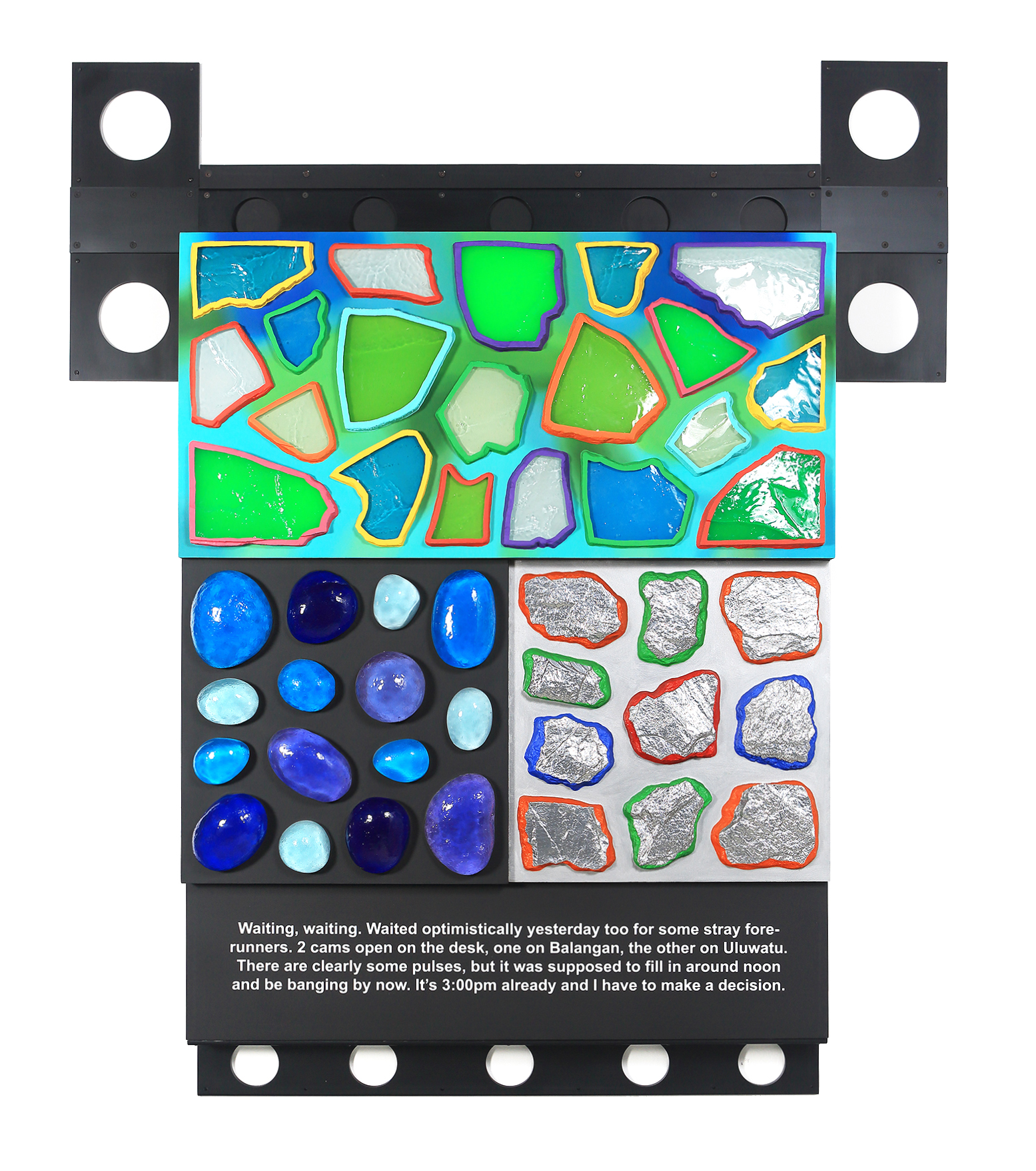 The Wall-Wall paintings began in 1980s, as ‘an exploration of the fiction and artificiality of painting and the art historical canon’. Today’s ‘Wall-Wall’ works conceptually merge Ashley’s earlier “Neo-Geo” panels with his current practice, while continuing to address the central question of “What Is A Painting?”.

Bickerton uses resin-cast rocks, painted and arranged together, to be recontextualized upon installation on other walls. These exist as presentations of landscape and conceptual art, sculpture, and painting.

The text beneath the painted rocks reads as a stream of consciousness from the artist’s mind, or perhaps a fictonal narrative of idle thought, to connect and layer with the viewer’s own internal dialogue. – who is speaking? The work becomes personal, dialogical and refers to a specific moment, happening elsewhere.