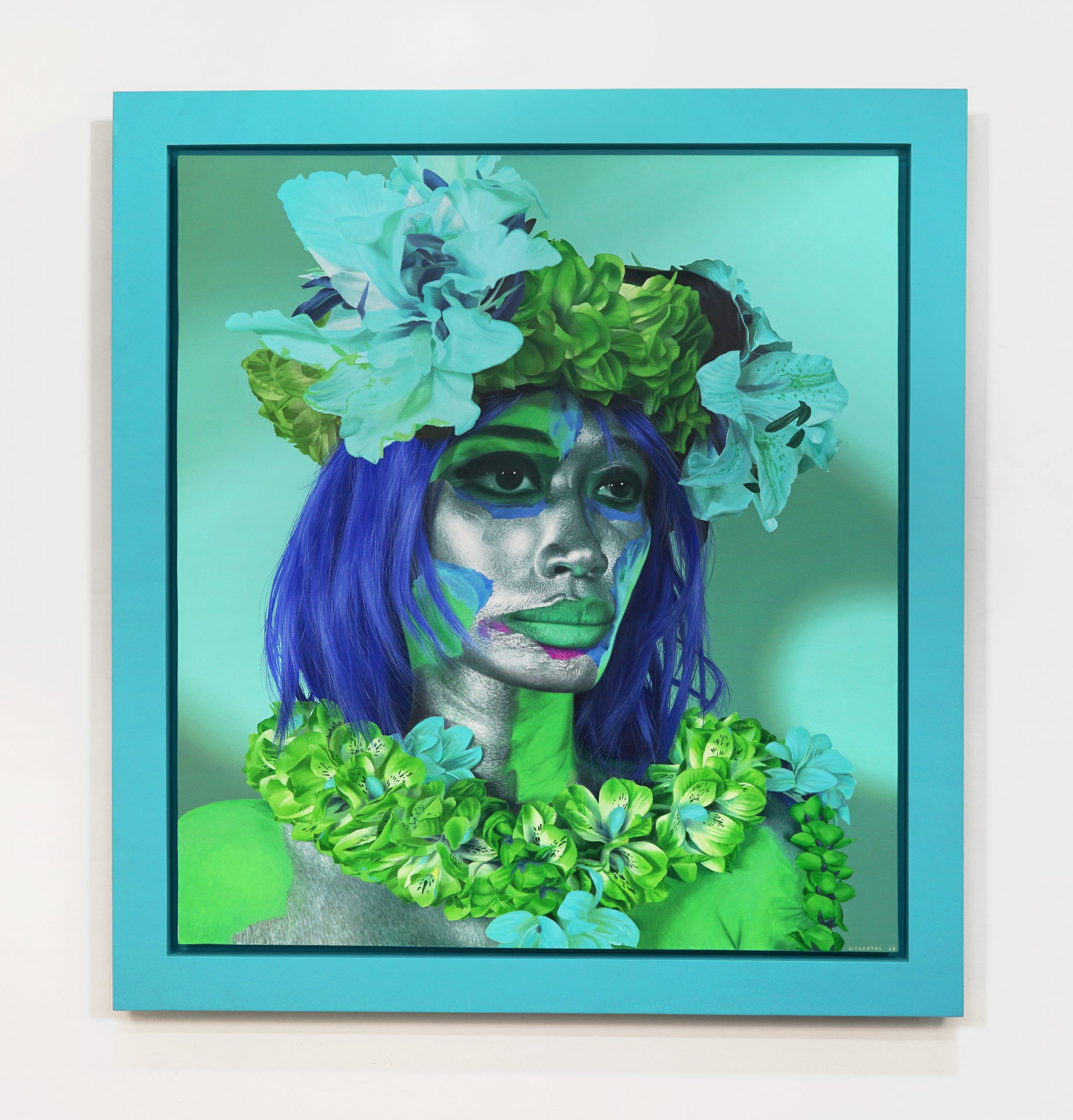 The early ideas behind Ashley’s ‘Silver Ladies’ series may have first emerged in the seminal 1996 work ‘All That I Can Be: Triple Self Portrait’ (in the permanent collection of the Whitney Museum, New York) before eventually evolving into the body of work forming his 2014 show ‘Junk Anthropologies’. These heads are Ashley’s attempt to merge an ‘upended’ Cubism with traditional portraiture, creating a “brilliantly balanced, perfectly calibrated critique of beauty, sexuality, tribalism, modernity, and a bitterly aware, almost hopeless urban lust for the unattainably exotic.”

Oil on canvas with artist made frame