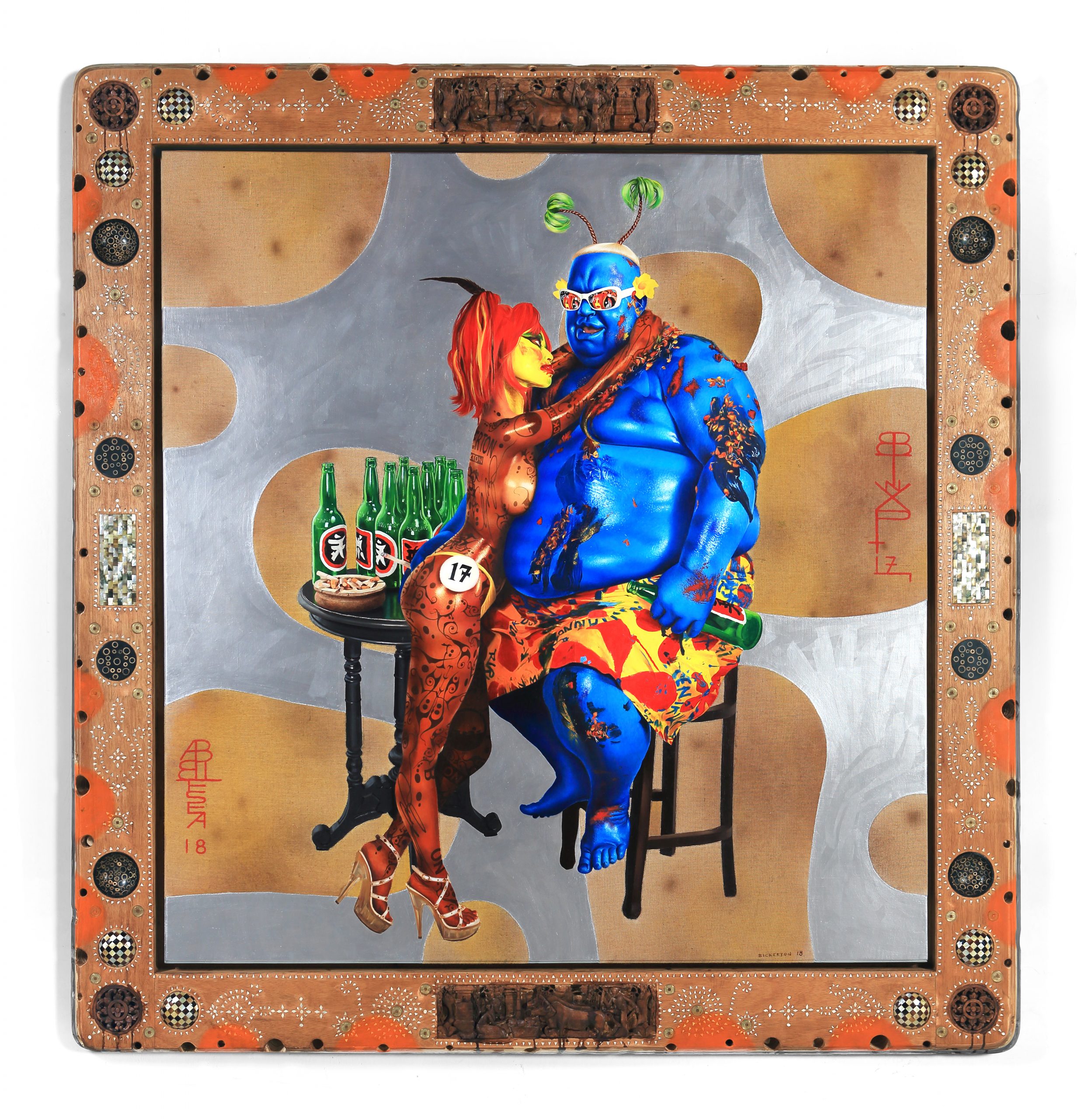 In this work, the ‘Blue Man’ – or 20th Century Man, appears as a sex tourist in the company of a sex worker, an all-to-familar scene in South East Asia. He represents a kind of anti-hero: a “degenerate, existential, ex-patriot..who moves gracefully, easily [as] a paragon of indulgence and ease”. Bickerton neither glorifies nor villanizes these characters, but seeks to present them as they are – in a petri dish of ambiguous readings on exploitation and moral or cultural bankruptcy.