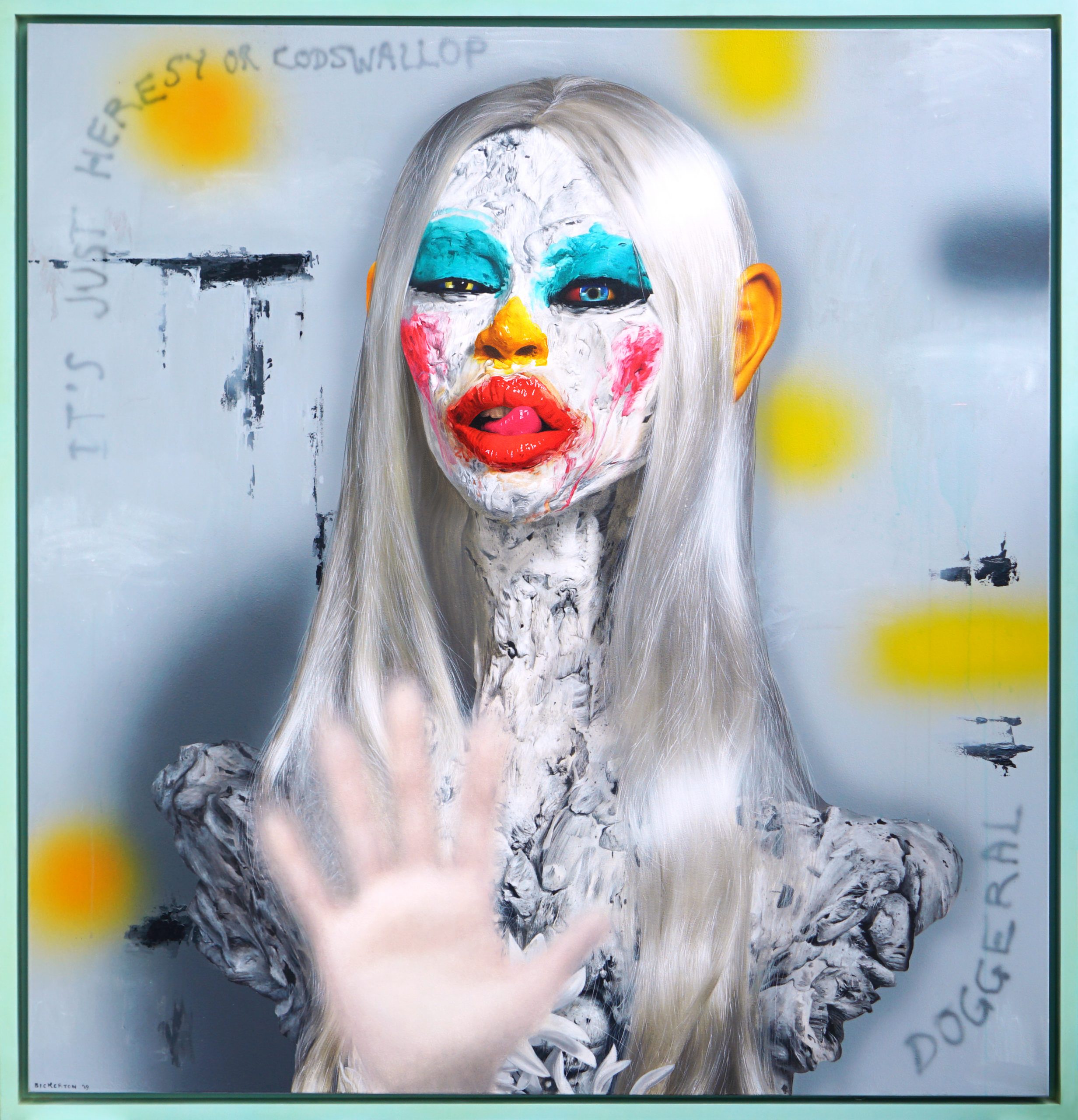 The title piece for the show features an amalgamation of ‘Mitochondrial Eve’ and the ‘Silver Ladies’ – a garishly painted character with grotesque features that bastardise the conventional constructs of beauty, while still seducing the viewer. The woman reaches a hand outward, as if to touch the viewer and extend the fantasy by crossing the divide between lived and imagined experiences.

Oil and acrylic on canvas