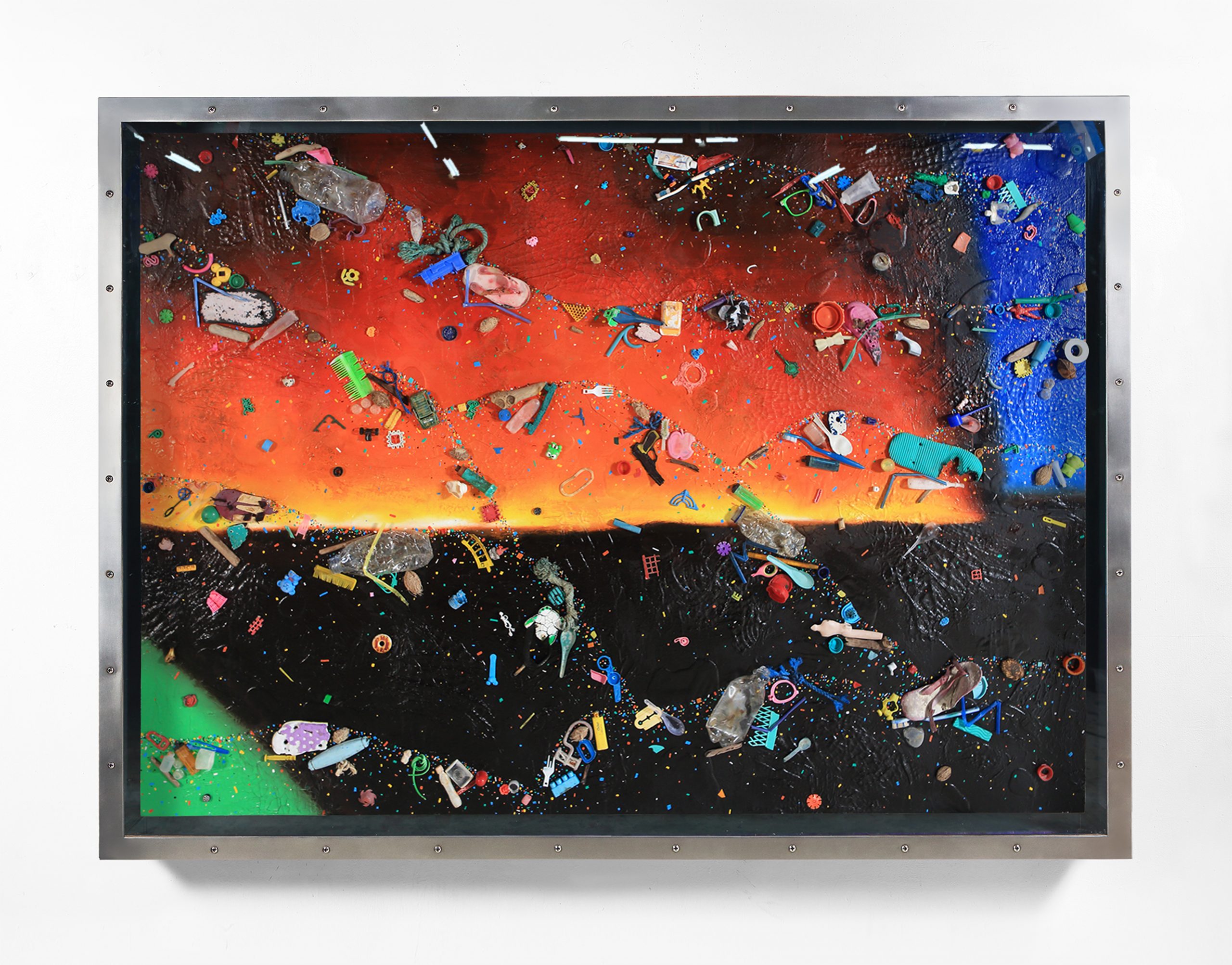 Bickerton’s fascination with landscape can be traced back to some of his earliest works. With a childhood spent near bodies of water, and as a life-long surfer himself, Ashley’s relationship with land invariably includes the surrounding seas and oceans.

His obsession with “the earth/sky binary, matter and emptiness” translates through these surrealist works in the gentle formations of a coastline or horizon, and the undulating waves washing up detritus along the shore.

Though Bickerton describes these as ‘residues of lives lived’, he rejects sentimental or ecological readings – asserting that the summation of human and natural elements as seen in this series, actually constitute beautiful things in their own right.

beach flotsam, oil and acrylic on canvas with plywood, glass and stainless steel