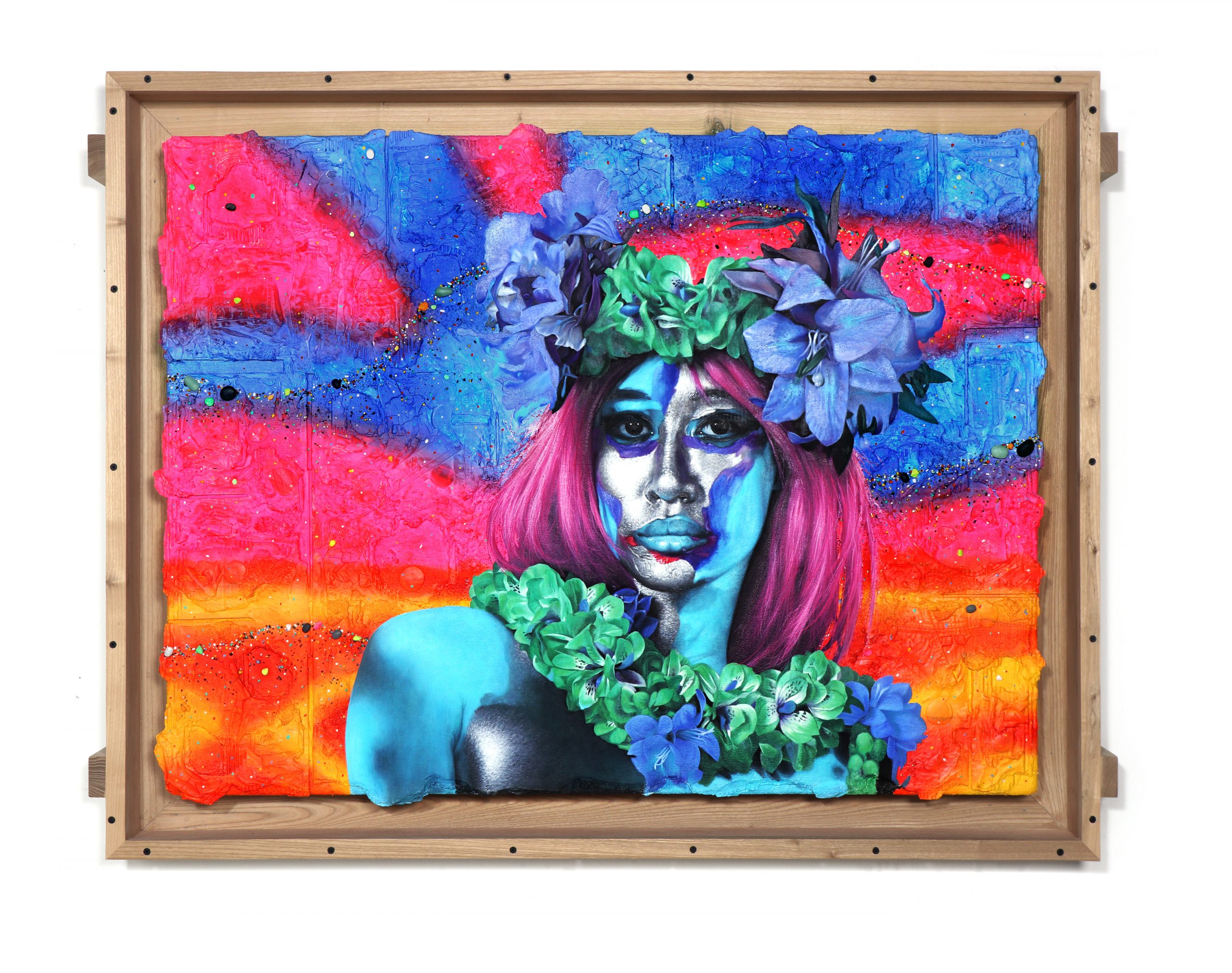 Created in late 2020 especially for this exhibition, ‘Blue Woman, Pink Cloud’ is Ashley’s latest addition to the ‘Silver Ladies’ series, and features a merging of materials that seem to flow over from the Flotsam series. Set in front of a background of swirling radioactive hues and streams of painted pebbles forming an undulating line of sea foam, the women wears leis adopted from Polynesian cultures and is drenched in silver – an almost unrecognisable “trophy wife”.

Oil, acrylic and stones on cardboard and plywood