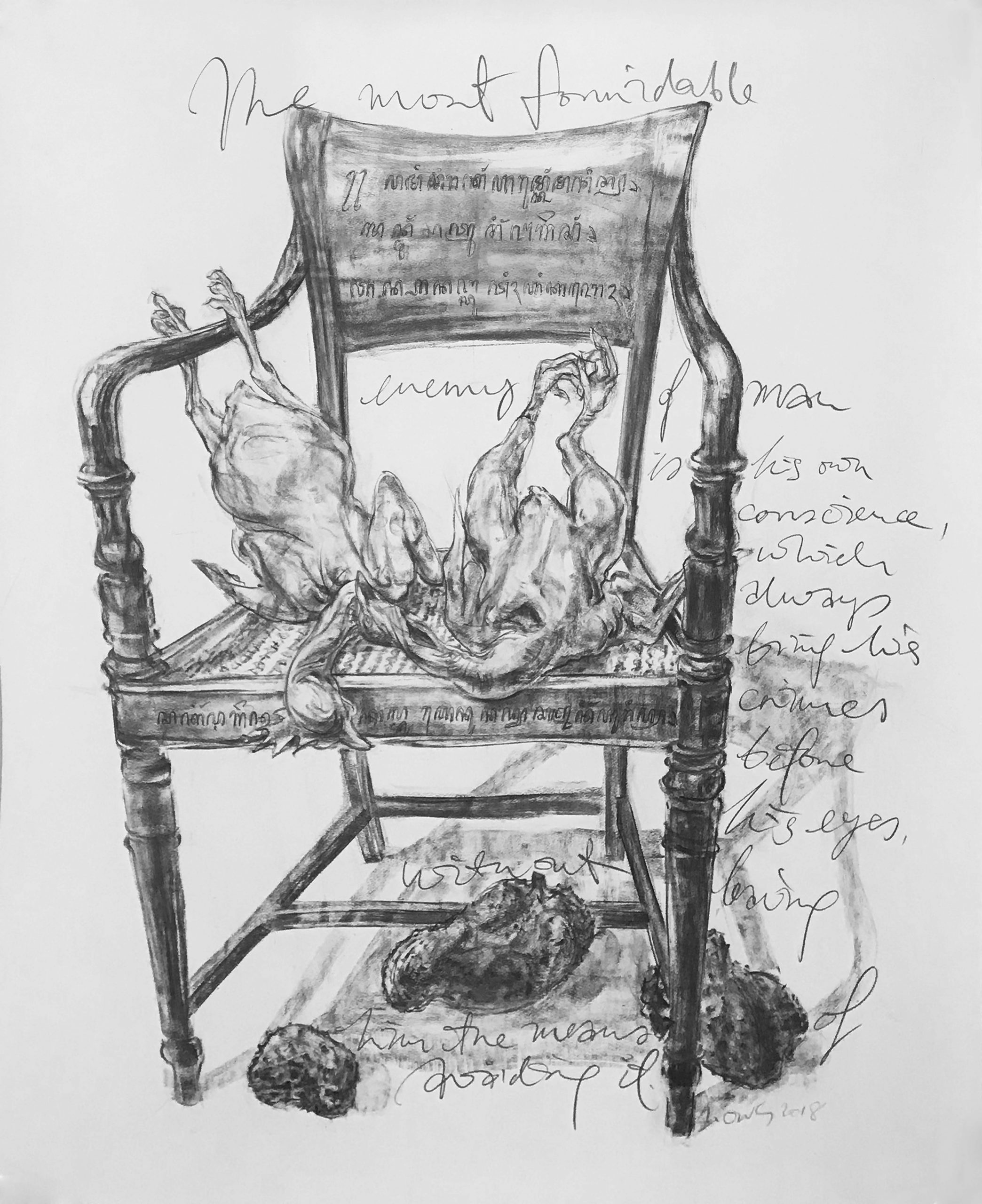 The Raffles Trophies series is a result of Ong’s on-going research into Sir Stamford Raffles’ time in Java and broader post-colonial issues, seen through the long lens of history and his own lived experiences. The subject matter and composition are influenced by memento mori paintings in the Western canon of art history, which aimed to remind the viewer of mortality and the fragility of human life.

Ong’s drawings of livestock (chickens), fruits (dragon fruits, soursop) and flora (ginger flowers) found in domestic village kitchens are juxtaposed against luxurious colonial-era furniture. The jarring placement of ordinary food ingredients found in local markets with objects of conspicuous consumption can be seen as a metaphor of the divide between the locals and the colonials; or the contrast between the natural and the constructed.

In Ayam Sirsak, Raffles Trophies, the chair depicted is in the collection of the Asian Civilisations Museum in Singapore. It is catalogued as the ‘Raffles Chair’ because it was a type of chair prevalent during Raffles’ brief rule as Lieutenant-Governor over Java, from 1811 to 1816. It is not connected to Raffles personally but the choice was deliberate in this context.

Ong usually draws from life, but only the natural objects in this series were drawn so, the furniture was referenced from photographs. Therefore although all real, the objects did not exist in the same realm of reality at the time of drawing, the compositions were entirely conjured in Ong’s mind. In fact, the perspective of the table surface has been skewed in order to show the Sanskrit inscription.

The text on the drawing is quoted from a section from Raffles’ History of Java, listing out the ethics of an ideal Javanese man, originally translated from Sanskrit.