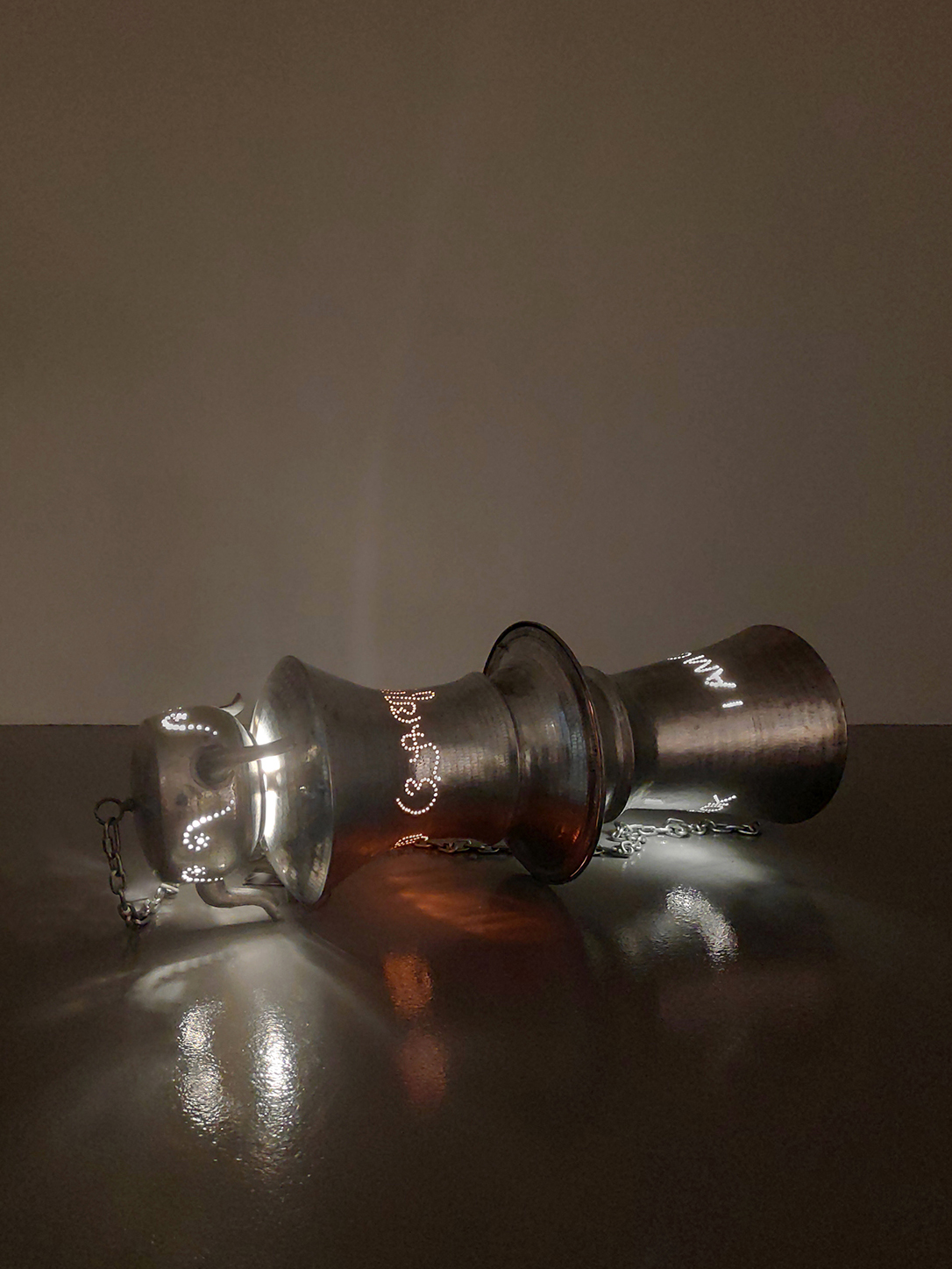 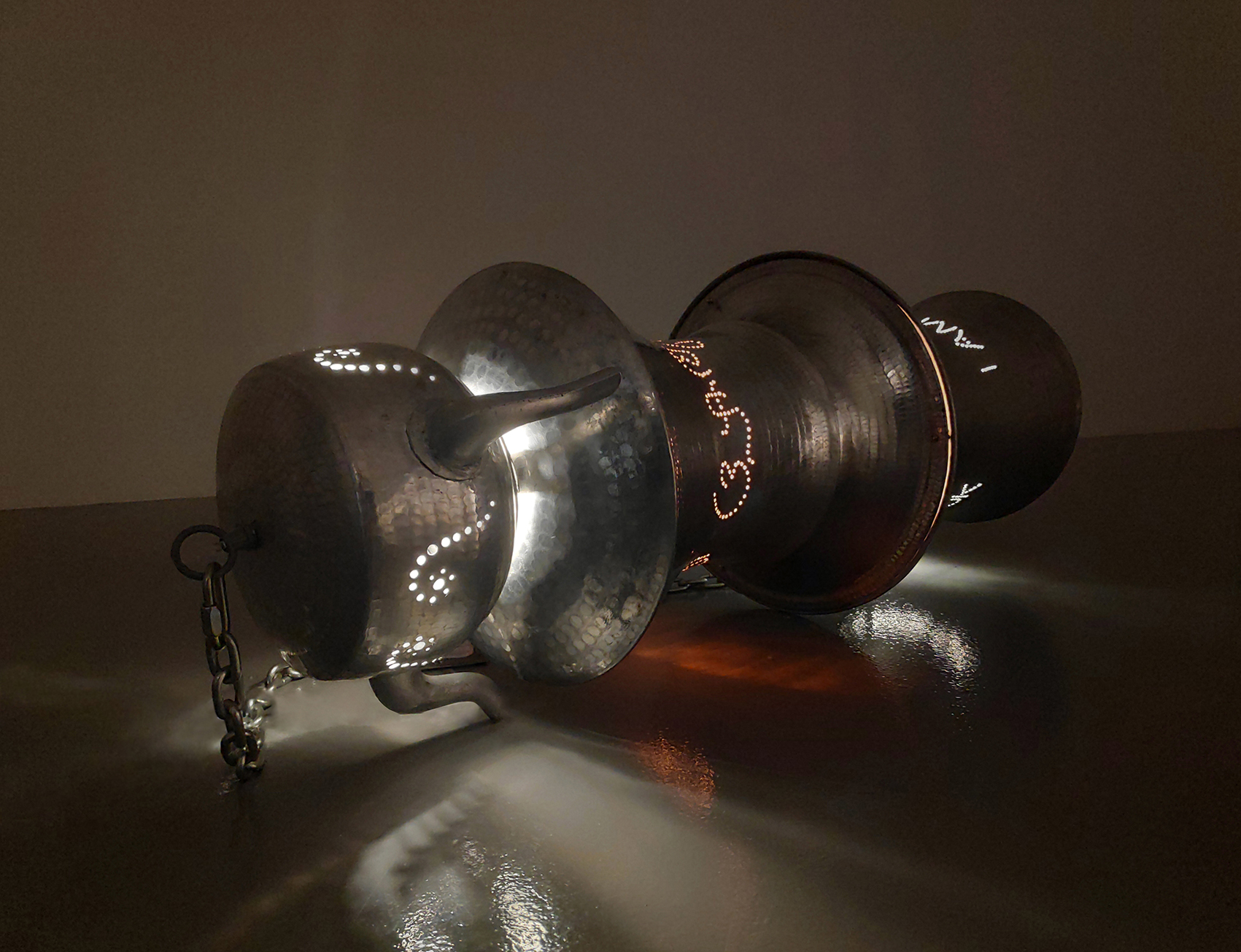 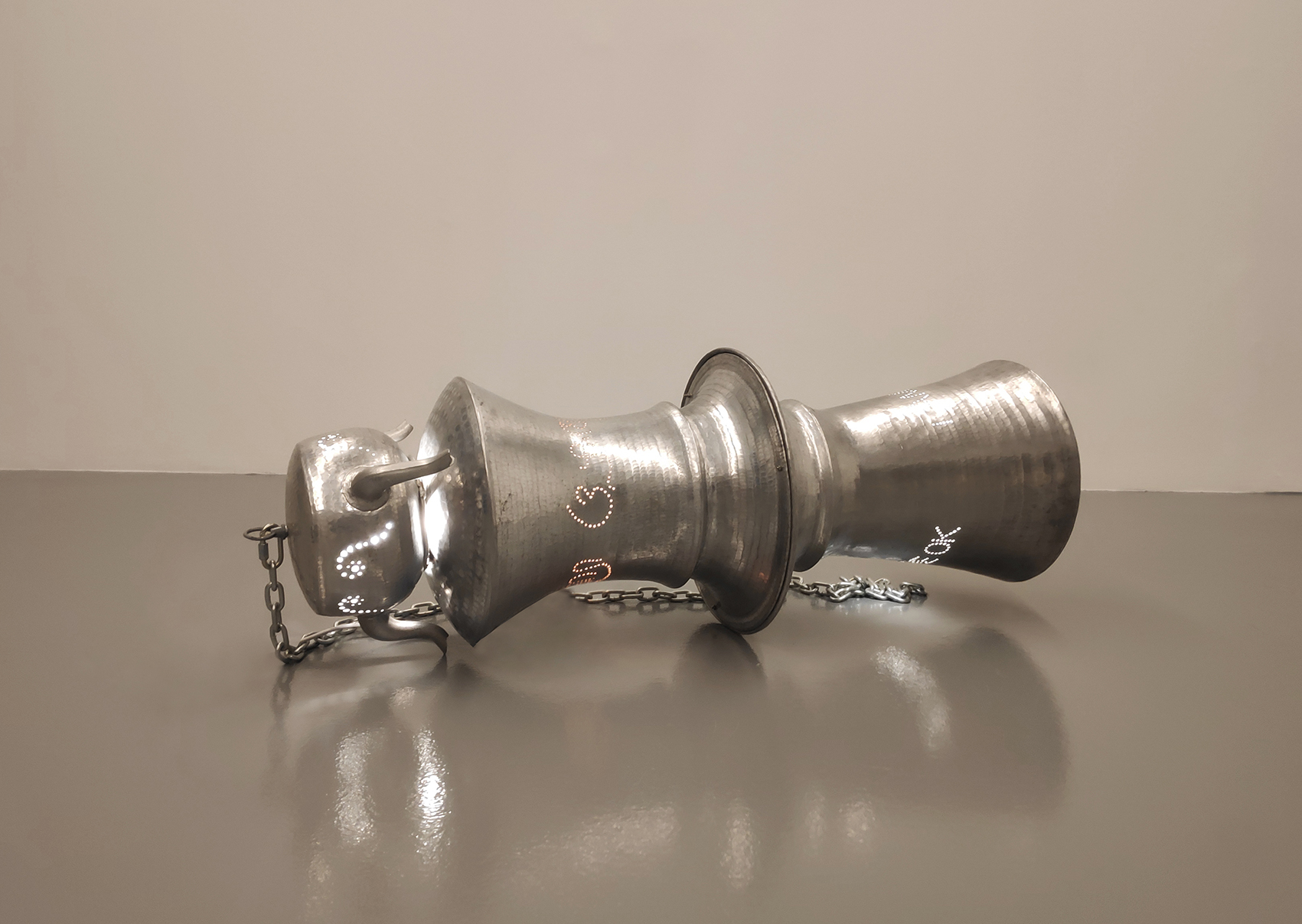 An aluminium lantern, composed of ordinary kitchen cookware, is laid on its side, echoing the domesticity of the objects in the drawings. Light spills from punctured holes forming patterns, Sanskrit script and the phrase “I AM OK”, which can also be read “I AMOK”. “Amok” is derived from Javanese (amuk) and it means to behave wildly out of control or frenziedly. It was used by early Western travellers to Asia (sometimes with derogatory connotations) to describe local soldiers when apparently facing inevitable defeat, suddenly burst into a frenzy of violence which so startled their enemies that it either delivered victory or at least ensured what the soldiers considered an honourable death. These two vastly different meanings of the same phrase, changed only by inserting a space between two different letters, illustrates how perspectives and meanings can change so easily, but more importantly these two states of being can reside in the same person.